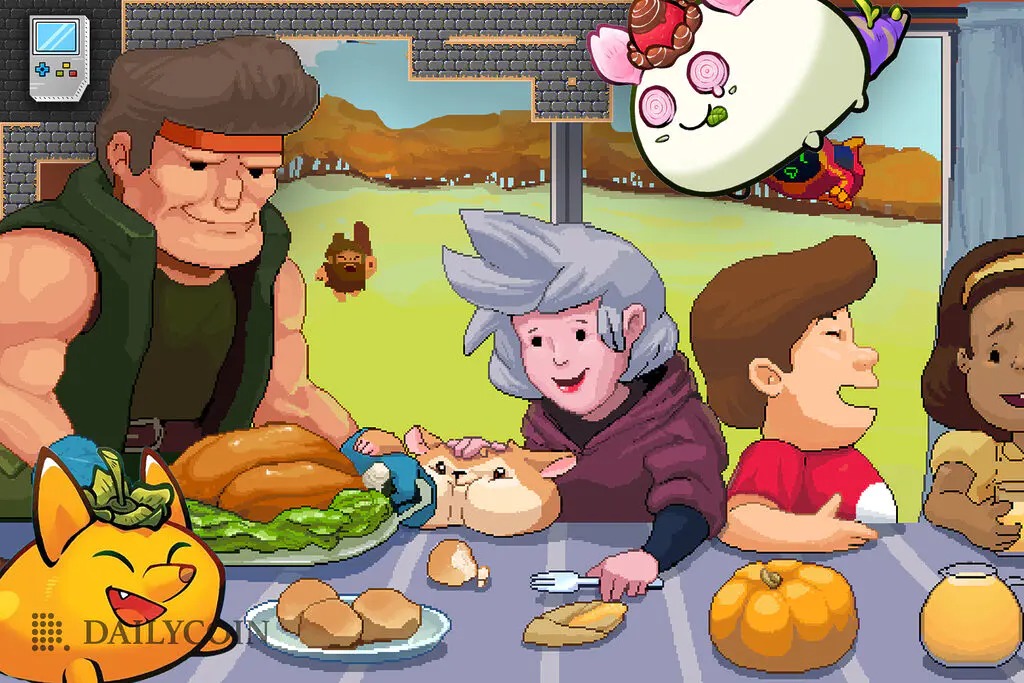 You can’t really enjoy Thanksgiving without watching an exciting NFL Football match with your family, rooting for your favorite teams, and shouting at your screen. NFL Football on Thanksgiving has been a tradition since the league’s inception in 1920.

And clearly, this tradition is showing no signs of extinction. Millions of families stay true to it, uniting over the game of football.

Officially licensed by the NFL and NFLPA, NFL Rivals is a nine-on-nine strategic arcade-style manager game where players can trade or collect NFTs, build their dream team, upgrade their players, and battle against others.

In celebration of the Thanksgiving season, NFL Rivals is putting up generative art collections of unique, officially licensed team helmets on sale. Players can choose from 32 teams, 2,500 NFTs per team, and over 500 traits this Thanksgiving season.

The Sandbox has undoubtedly immortalized itself in the Web3 gaming sphere after holding one of the most exciting and historic summer events in the metaverse. The Sandbox Alpha Season 3, filled with nonstop action, brought interesting games, events, collaborative spaces, and more.

Here are some details about the LAND sale:

The Macy’s Thanksgiving Day Parade is a festive season staple, now in its 96th year. The hours-long action-filled parade that traditionally fills the streets of New York is streamed to millions of people worldwide. However, this time, things are different.

The nation’s most beloved holiday event is coming to Web3 this Thanksgiving, with a virtual parade experience that will introduce a new dimension for fans to connect. The 96th parade metaverse experience will host virtual galleries featuring collections from popular NFT projects, including Boss Beauties, Cool Cats, gmoney, SupDucks, and VeeFriends. Besides the virtual galleries, the metaverse parade will also feature Macy’s iconic parade balloon NFTs which were made available during last year’s parade celebration.

Additionally, Macy’s is leaving it all to the fans to vote on the first-ever Macy’s Parade Balloon NFT token, which Macy’s will turn into a physical balloon at next year’s parade. The first 100,000 fans who vote will receive exclusive digital collectibles.

The Web3 parade experience will be powered by the OnCyber metaverse and can be accessed here starting at 9 AM EST on Thanksgiving. Parade watchers can access the parade from their PCs or smartphones without needing a crypto wallet or VR headset.

Moreover, to give back to the community, collectors this year will have the opportunity to mint virtual gallery passes to benefit Big Brothers Big Sisters of America (BBBSA), a youth mentoring organization that empowers young people.

This time, the MMORPG developer has announced it is kicking off its new season for its popular title, Axie Infinity: Origins, ahead of the holidays. Season 2 will introduce new mechanics, tweaks, and updates to core mechanics, items, cards, runes, and more.

Axie Infinity: Origins Season 2 will roll out in four stages, with the first stage live for players to test out and play. The new update brings tweaks to core mechanics and introduces new mechanics such as Keep, Energy Burst, and Bloodmoon. The next updates will bring new cards, runes, charms, and much-need balancing updates to the existing lineups.

SpiderTanks holds the title for being the world’s first Web3 esports title. The blockbuster tank-centric brawler game quickly ranked up the popularity charts since its inception last year. Developed by Gala Games, a leader in the Web3 gaming space, Spider Tanks has been a highlight for the developer’s ecosystem since it projected impressive numbers during beta launches and testing phases.

The tank brawler game launched its arenas to the public on Halloween this year, offering a free-to-play experience to everyone ever since. Previously the PvP brawler required players to own NFTs from the Spider Tanks NFT collection to play the game.

This Thanksgiving, Spider Tanks is putting up some highly sought-after in-game NFT items for sale on the Spider Tanks Store as a gesture of appreciation for the positive response from its community.

Here are some details about Spider Tank’s Tanksgiving sale:

Mainstream institutions are all set on providing their experiences in Web3. Since the metaverse and Web3 gaming are the best representation of what’s possible with Web3 technology, mainstream companies employ Web3 games to host their experiences. This Thanksgiving sets the stage for what’s to come as brands, celebrities, and institutions connect with their consumers in Web3.

Web3 is the future of the internet. With games being the most popular representation of Web3, players and brands are celebrating together in these games. Web3 technology undoubtedly gives a new dimension and perspective to consumer experiences. What once was a one-sided relationship has now turned into a healthy bilateral relationship between consumers and brands, with brands finally reciprocating their love through Web3, making this Thanksgiving very special.