"What is an NFT?": a 9-year-old boy, the only one to respond to the president of Chile 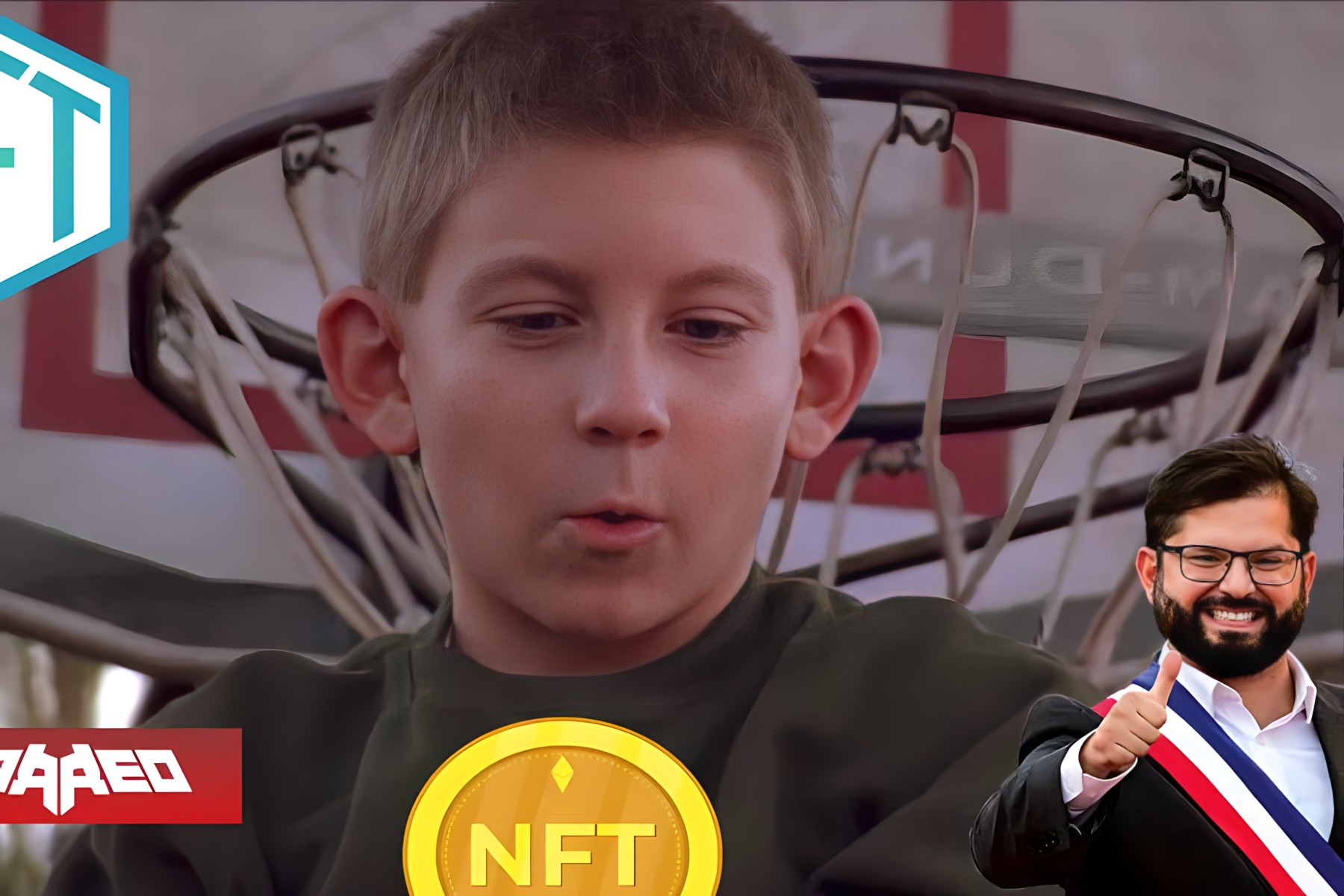 NFTs are digital items  that together with cryptocurrencies, have become highly popular items, which divide the community who think about them being on opposite sides. This is because despite the fact that NFTs have an increasing number of followers and investors who bet millions on them, the number of people who believe that they are just a scam is growing non-stop.

Something that in any case increases its fame, making NFTs a recurring theme among adults and young technology enthusiasts, as became clear in a funny moment experienced in the recently released 12th version of the Future Congress. A situation that also featured the current President of Chile, Gabriel Boric, who led the inauguration at the Teatro Oriente in Santiago.

"I know. An NFT is something that is bought on the internet. That you buy it and acquire an image”, indicated Tomás.

Place where the president asked the attendees: "How many of you don't know what a Non Fungible Token is?", to which a little boy named Tomás Velásquez Solar and only 9 years old responded by shouting: "I know! ”. Answer that caused the surprise and laughter of the attendees since he was the only one who dared to answer, especially because he gave a good definition of what NFTs are, said quite simply.

According to his mother, who is a scientist and who spoke with  Chilevisión Noticias , the boy is quite intelligent and "very spontaneous", assuring that "he knows many things that he likes to find out and watch educational videos". She also said that her husband is also a scientist and that they make him watch YouTube channels that are "super educational", which is "a bit inevitable" since "it is part of the family culture".

Twitter | Telegram | Instagram
Blockchain Games list | NFT Games lists | Crypto Games list | Play to Earn Games List
0
Bookmark
0
Like
Related articles
Steven Soderbergh Presents Blockchain Award to NFT-Funded Film 'Calladita'
While Web3 has yet to catch up outside of the cryptocurrency space, Film3 had a big moment in the spotlight in Park City, Utah on Saturday when 'Calladita,' a new film from director Miguel Faus, was named the winner of the Andrews / Bernardo Award.
0
Tero Labs launches NFT platform for redeeming exclusive items from the Rough Diamonds collection
The NFT is part of the “Rough Diamonds” project, launched in June last year by the startup Tero Labs whose proposal is to support the career of young prospects from the Brazilian Football Team to long-tail NFTs.
0
The court for stopping P2E games... NFT is also interpreted as a 'gift'
The domestic service of 'Play to One (P2E)' games, which make money while enjoying games, was eventually put on hold by the court.
0
The Balearic Islands attend Fitur with a virtual world within the Metaverse
The Balearic Islands participate this year in the Fitur tourism fair with an exhibitor inspired by the oceanic posidonia, and creating for the first time a first virtual world within the Metaverse.
0
Evacuees from Ukraine to Japan held a seminar on the creation of NFT
One of the private organizations that provides support to the evacuees held a seminar on collectible tokens, or NFTs, on Monday. The event took place as part of an effort to help Ukrainians find work in Japan.
0
Celeb Play, webtoon-based NFT 1st minting complete
NERDiMODi GENESIS NFT is a project that NFTs the characters of 'NERDiMODi', a webtoon IP owned by CELUVPLAY.
0
Brazilian startup fights fake profiles through NFTs
Verifygram, a Brazilian startup created by personalities from the national crypto community, offers a new solution to the problem of fake profiles on social networks.
0
Doodles 2 Beta Sidesteps Ethereum, Plans to Launch on Flow Blockchain
Doodles LLC plans to roll out two creator tools for its Doodles 2 collection in the next five weeks.
0
Marvel Iron Man Artist Sean Chen: Web3 Is a ‘Paradigm Shift’ for Comic Creators
After a prolific career as a comic book artist for Marvel, DC Comics, and Valiant, Sean Chen shares why he left to create his own series in Web3.
0
Former NFL Legend to Start Offering NFT-focused Goods
Marshawn Lynch, a former American National Football League (NFL) legend, has filed an application to trademark the term “Beastmode” with intentions to provide NFT-authenticated goods and digital collectibles under the brand.
0
Reviews
Reply
Latest
No More
Discover what matters to you
No corresponding news is found