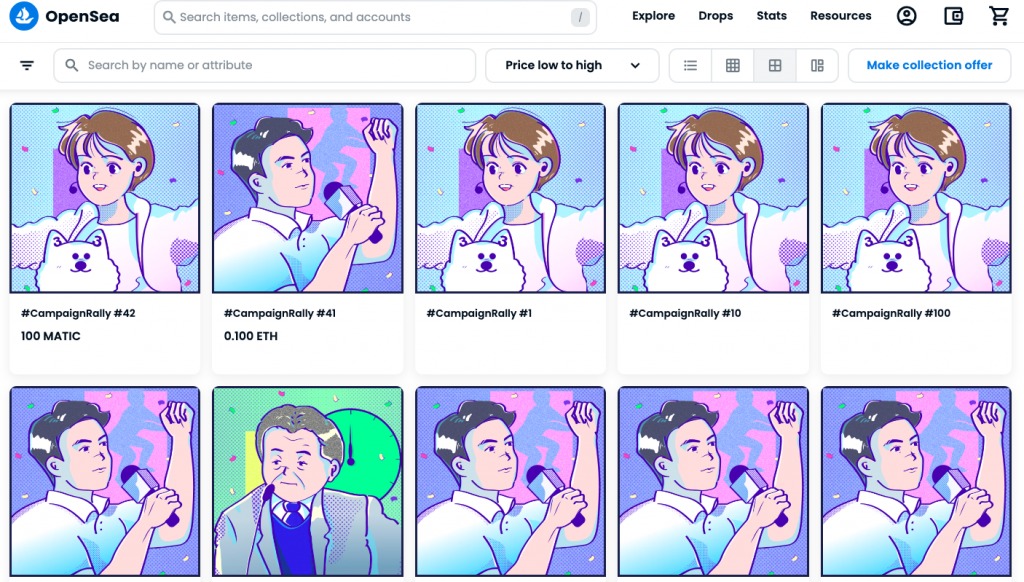 TAIPEI (Taiwan News) — As candidates are drumming up votes through phone calls, street canvassing, and campaign rallies before the local elections coming up Saturday (Nov. 26), some of their supporters are leveraging non-fungible tokens (NFTs) to engage with like-minded fans in the metaverse.

Over 100 NFT items representing images of three Taipei mayoral frontrunners were recently seen at the Web 3.0 marketplace OpenSea prior to Taiwan's nine-in-one local elections. Among them, NFTs representing independent Taipei mayoral candidate Huang Shan-shan (黃珊珊) outnumber her main rivals — Legislator Chiang Wan-an (蔣萬安), who is running for the Kuomintang (KMT), and Chen Shih-chung (陳時中), the former Health and Welfare Minister who is running for the Democratic Progressive Party (DPP) in the mayoral race.

After announcing her bid for mayor in late August, Huang tapped into the metaverse and kicked off a virtual campaign office, publishing her campaign literature and her vision for the city in 3D cyberspace.

Huang is known for leading the city's data-driven and real-time COVID-19 dashboard that constantly visualizes data to enable city officials to make prompt responses to the pandemic. The dashboard is a part of the city's artificial intelligence-enabled smart urban solutions program.

Huang is not the first mayoral candidate delving into the metaverse to promote campaigns. On Aug. 1, the city's mayoral candidate Tung Wen-hsun (童文薰), a media personality and New York attorney, rolled out a campaign parade in the metaverse, which is believed to be the first of its kind in the country, where rally participants can interact with other supporters with their own digital avatar.

In the real world, Chiang has a slight lead, but Huang, Chiang, and Chen each come out on top in at least one poll, and pre-election polls pertaining to candidates are banned from being published ten days before the elections are held. In cyberspace, local NFT community users minted NFTs through a launchpad for prototypes offered by FormosaVerse free of charge, for their favored candidates.

FormosaVerse, WaaS (Web3-as-a-Service) solutions provider, told Taiwan News that it prototyped three tokens for the three Taipei mayoral race frontrunners. Holders can download the digital files into their NFT wallets, convert their desired prototype into a non-fungible token, and eventually launch their unique token on OpenSea. Each holder can set a price for his or her NFT token representing his or her chosen candidate.

Vincent Hsieh (謝汶欣), FormsaVerse cofounder, explained that each token comes with a hyperlink directing users to the campaign literature of each candidate listed on the Central Election Commission website.

Asked about the rationale of issuing the NFT project "Campaign Rally," Hsieh said that it is designed to raise political awareness among young voters, who make up a large portion of the NFT community. Also, he added, launching such tokens, a product of Web 3.0, has a symbolic meaning, as the defining features of Web 3.0 are "openness, accessibility, liberty, and decentralization, which puts control back in the hands of users based on blockchain technology."

"It could, to some degree, reinvigorate democratic values at both the internet and the societal level," he said.

Hsieh also unveiled a secret about the NFT tokens under this project. "Those holding the tokens representing the winning candidate will find a slight change in the token image after the election day."

A total of 120 such tokens are now listed on OpenSea at the time of publication and the number keeps growing as the elections are just three days away. 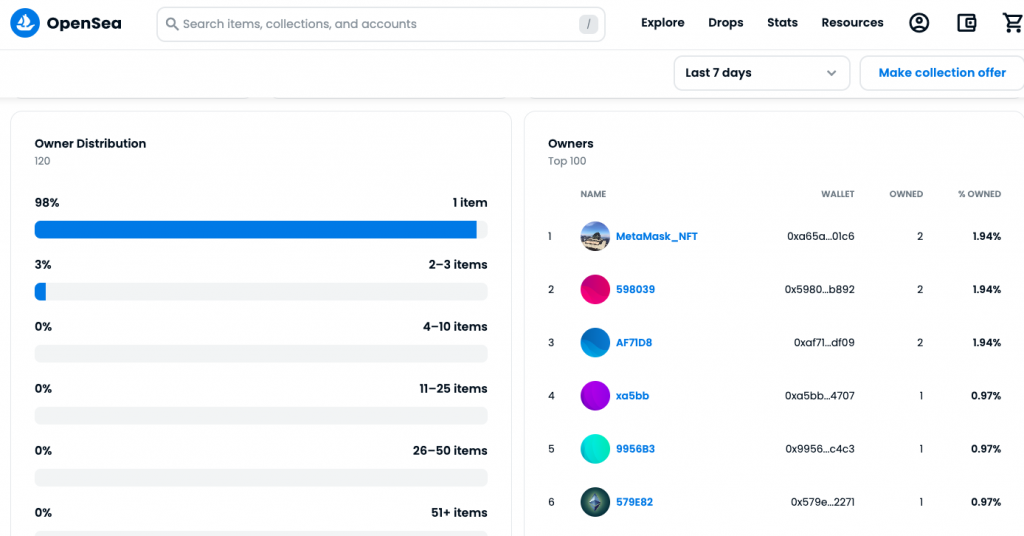