Soul Breach, a Spanish RPG with NFT and blockchain technology, will be released in 2023 The Valencian company  Cosmic Spell Studios  has published new materials from  Soul Breach , the turn-based RPG  play to earn  that uses technology  blockchain  and  NFT . The objective of the Spanish firm, which has been working on the title since January, is  obtain investors  who become shareholders after having raised €480,000 in a previous financing phase. The title will be released  free in 2023 for PC  (which store hasn't been confirmed, but Steam, on paper, doesn't support NFT games,  though the Epic Games Store does ) and "later on other platforms".

Soul Breach  has a medieval fantasy setting where those who play will have to fight for survival, achieving to do so  creatures of primordial races that fight in turn-based confrontations . On the battlefield, in addition to these beings, a hero will appear who can interact in the dispute at certain times. Los  Primordials, which are NFTs, are obtained by opening gems . Users will have to compose a team, evolve it and equip it to participate in PvE challenges and against other players "in an environment designed to be able  become an eSport ", they say from the Spanish study.

The creators promise "a metaverse"

The  plot synopsis  of the title places players in "a universe in which the gods have abandoned the world to its fate and in their absence, the primordial races have begun a war that threatens all creation." The press release continues: "Now the primordial beings fight each other to  enslave and subjugate the creatures of other worlds . When a primordial is destroyed, its immortal spirit travels to your world by entering a gem, from which No primordial can break a gem, but some  mortals who are born with 'the gift'  can break them and this ritual allows them to take control of the released primordial, forcing him to fight even against his own race." 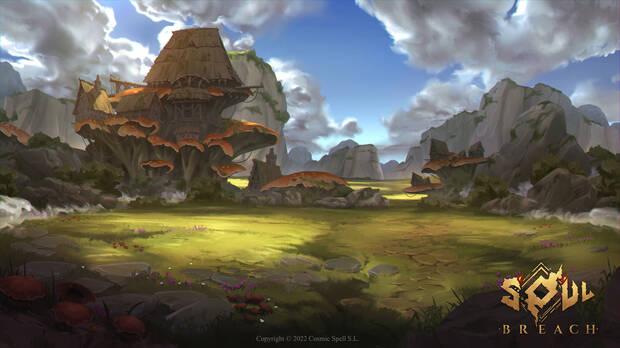 The developers promise that the game will have updates after launch such as the implementation of a guild system, cooperative options  "and even a metaverse where this world is located" . Héctor Fuentes, CEO of the studio, promises that some players will be able to earn money with the title: " Soul Breach  has been conceived looking for the perfect union between a strategic RPG and Blockchain technology. Players can get the  actual digital ownership of the collectibles  that they acquire by playing, in the form of  NFTs.Thus , along with internal rewards in  $ANIMA, the  token   of the game , a source of income for the players becomes possible".

Twitter | Telegram | Instagram
0
Bookmark
0
Like
Related articles
Zilliqa announces Web3 console
The overall goal of the device is to enable players to play games while mining Zil tokens.
0
NFT Software Company Chain Inks Four-Year Deal With New England Patriots
The deal with Kraft Group makes Chain the official "blockchain and Web3 sponsor" of the Patriots, New England Revolution, Gillette Stadium, and Patriot Place.
0
Christina Aguilera to release NFTs and metaverse experiences
Pop diva Christina Aguilera has filed metaverse and NFT patents at the United States Patent and Trademark Office (USPTO) to release virtual merchandise and experiences for fans.
0
NFTs in the North: How Manchester City and the music industry are tapping into tech
Where they are really valuable is behind the scenes, the smart contract on the blockchain and proof of ownership.
0
Reddit Avatar NFTs Raise Eyebrows as They Rocket to $5K
Reddit offers NFTs for its users to use as avatars, recently airdropping free ones to select users.
0
NFT's potential is huge, says HYBE America's Lee
More people will get into blockchains if they can control, manage and monetize their own personal data, said HYBE America President Jason Lee.
0
Spielworks partners with Gunstar Metaverse, 3 other NFT games
These partnerships come from a highly successful token launch in July, demonstrating the confidence level behind the $WOMBAT token.
0
Liverpool expands partnership with NFT fantasy sports startup Sorare
The cards for the game are bought and traded in the form of non-fungible tokens (NFTs), a kind of crypto asset which records the ownership status of digital goods on the blockchain.
0
web3 community "KAMITSUBAKI DAO" issues tokens with FiNANCiE
The next-generation crowdfunding service "FiNANCiE" announced on September 16th that it will issue new tokens and start selling the web3 community "KAMITSUBAKI DAO", which co-creates the metaverse of the virtual city "Kamitsubaki City".
0
The latest work of the popular fighting game “KOF” will be a blockchain game and will be exhibited at TGS2022
Game company Netmarble announced the blockchain game "THE KING OF FIGHTERS ARENA" on the 16th.
0
Discover what matters to you