InfiniteWorld is serious about Web3 and the metaverse, and so it has acquired game studio Super Bit Machine for an undisclosed price.

The aim is to use the independent game studio, the maker of Armajet, to build games that will drive consumer engagement for InfiniteWorld, which is an infrastructure company that wants to enable brands to create, monetize, and engage with digital content.

“We’re bringing communities from Web2 to Web3, and our belief is gaming is the key to that,” said Brad Allen, CEO of InfiniteWorld, in an interview with GamesBeat. “This is about bringing in next level engagement, and experiences, which is what Web3 and the metaverse are about. Super Bit Machine has a scalable technology around gaming and gaming infrastructure that allows us to really be in the market quickly with this next level of engagement.”

I interviewed Allen and Alexander Krivicich, founder of Super Bit Machine, who are still upbeat about Web3, gaming, and the metaverse in spite of the tough economy.

Super Bit Machine is a mobile game studio started by veterans who have experience running multiplayer top-10 grossing games on iOS and Android.

Web3, gaming and the metaverse

The acquisition is aimed at bolstering InfiniteWorld’s ability to bring metaverse and Web3 experiences to brands, with the addition of real-time multiplayer game development capabilities, which will now be part of its core offerings portfolio.

The deal also signals the continued crossover between blockchain and gaming platforms and connects traditional gamer experiences that are currently delivered through mobile devices, PCs, and consoles with dynamic Web3 functionality, Allen said.

“By partnering with veteran game developers who’ve made significant strides in the gaming industry, we’re taking a natural step forward to becoming the one-stop shop for brands and creators looking to enter the Web3 space,” said Allen. “We look forward to continuing to push the limits of what is possible by amplifying the expertise and vision of our new Super Bit Machine team members.”

InfiniteWorld hopes to go public through a special purpose acquisition company (SPAC), which has been a streamlined way to go public without the regulatory process of initial public offerings. But it’s getting harder to do successfully due to the choppy stock market. InfiniteWorld plans to do its SPAC with Aries I Acquisition Corporation (Nasdaq: RAM) and raise $145 million.

“We believe gaming is central to scaling mass adoption of Web3,” said Alexander Krivicich, founder of Super Bit Machine. “We’ve been at the forefront of creating cross-platform, cross-play competitive gaming experiences, and we understand that the future of these interactions will take place in the metaverse.”

Krivicich, who will become chief strategy officer at InfiniteWorld, said InfiniteWorld continues to solidify itself as a leader in metaverse technologies by integrating gaming as a core pillar of its strategy for brands and internal intellectual property.

Krivicich started making mobile and social games in 2009 at Electronic Arts. He cofounded Buffalo Studios, maker of the hit game Bingo Blitz, in 2010. And he sold that to Caesars Interactive/Playtika.

“We built some pretty sophisticated platform architecture to support the scale of those games,” he said.

He brought that knowledge to Super Bit Machine, which he cofounded in 2015. He is still its executive chairman, and the studio remains small with just eight people. InfiniteWorld has more than 100 people.

Super Bit Machine focused on bringing fast-paced, multiplayer competitive experiences to the mobile gaming ecosystem. It launched its flagship game Armajet on Steam and iOS as an arcade action game. It proved the company could create proprietary low-latency, real-time multiplayer netcode and create cross-platform play between mobile, PC, and console at scale, Krivicich said. The title debuted in beta form in 2016 and it launched its final version in 2019.

“It was a fully cross-platform game, as we always believed games should be played everywhere,” he said. “We wanted our games to be accessible wherever players wanted to play them.”

The Super Bit Machine team has worked together across multiple studios for over a decade. The leaders have and led game studios that were acquired by Playtika, Caesars Interactive Entertainment and Zynga.

“We’ll be scaling up to support the new budding games division at InfiniteWorld,” Krivicich said. “We will expand rapidly, but we really believe in creating products with smaller game cells.”

The company started talking to InfiniteWorld because it was working on a game with Web3 elements. The tech seemed to mesh well between the companies, and so it escalated into acquisition talks.

“Creating multiplayer experiences is our wheelhouse,” Krivicich said. “When we started talking to InfiniteWorld, it became clear that their vision for building and scaling this into creating great game products, not only for some of their partners but also internal IP, was very exciting to us.” 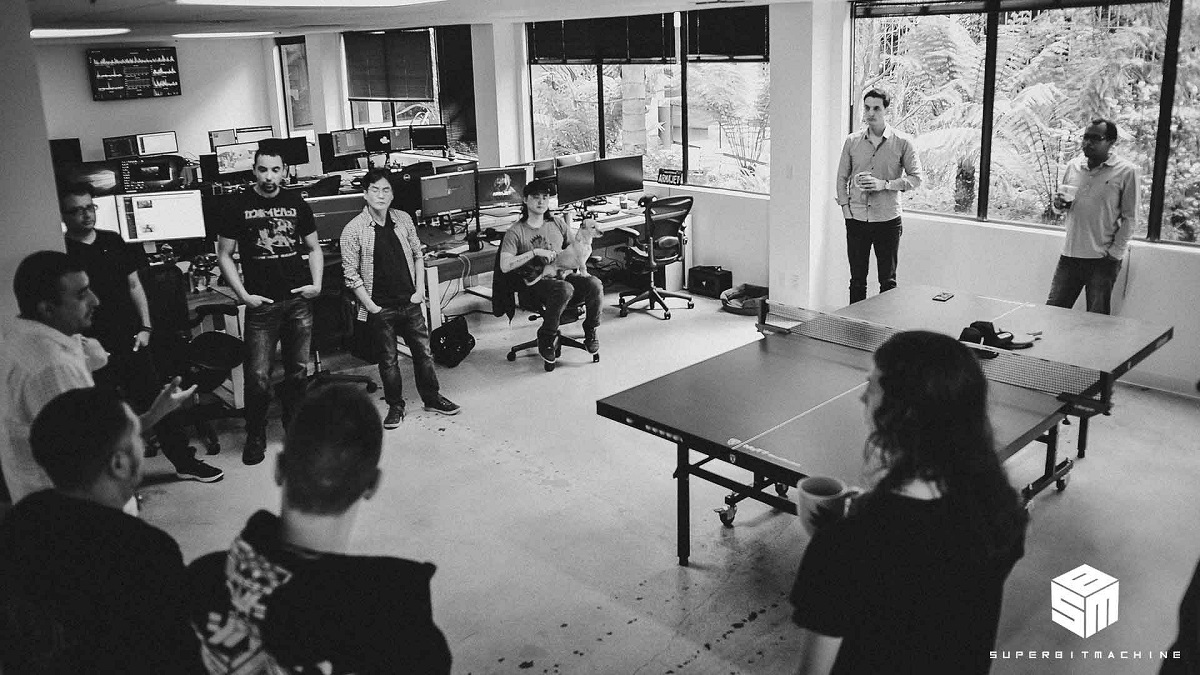 Allen joined as CEO in May and had been a senior adviser for three months before that. InfiniteWorld started about 18 months ago, spinning out of the Citizens Reserve holding company run by Addison McKenzie, who helped launch a blockchain technology dubbed Suku. As non-fungible tokens (NFTs) caught fire last year, the company decided to spin out InfiniteWorld to chase the opportunity.

By going public, Allen hopes to set InfiniteWorld apart from the scams and overhyped blockchain startups that have given Web3 a bad reputation.

“As a publicly traded company, the scrutiny over regulatory and legal issues and everything else will be high,” Allen said. “I’ve been through the doctom era and social media and virtual reality. In these early days, people can’t even agree on a definition of Web3 and the metaverse. So you’re going to have all kinds of people coming into that, good and bad, some just jumping on the train because of all this money being made.”

With a financial background as an investment banker and startup CEO, Allen said he believes it creates more of an opportunity now during the crypto winter and NFT shakeout, as it will clear the bad actors out.

Allen is optimistic that good products will hit the market from the likes of Apple, which has been heavily investing in AR/VR with its own expected glasses coming someday. But Allen said the company isn’t showing its cards yet with internal IP and other projects.

Krivicich said none of the early technologies have resulted in a well-designed and thoughtful experience, and that’s why it’s important to lead with a good experience and high-quality game.

“We’re assembling a team of creators with lots of experience and we’re coming in with resources,” he said. “You have to build something that is not just reactive or based on speculation. I think it’s great there is this correction in the market as I think it really starts to separate the wheat from the chaff.”

I asked Krivicich about the hardcore gamer resistance to NFT games. He said that there is still a lot of work to be done inventing technologies and figuring out utility for things like NFTs.

“I think it’s been, again, executed in ways that have been very detrimental to gamers in general so far,” he said. “We still have a long way to go. We’re building with experience first.”

I noted that I think this recession means this shift to quality is going to have to happen sooner, and Krivicich agreed.

He said the company will focus on Web3 games that are not exclusive or nightmarishly complicated. Instead, Krivicich wants to focus on games that are accessible and egalitarian.

“We want this to be enjoyable to all players and we want to use this as an opportunity to scale into Web3,” he said. 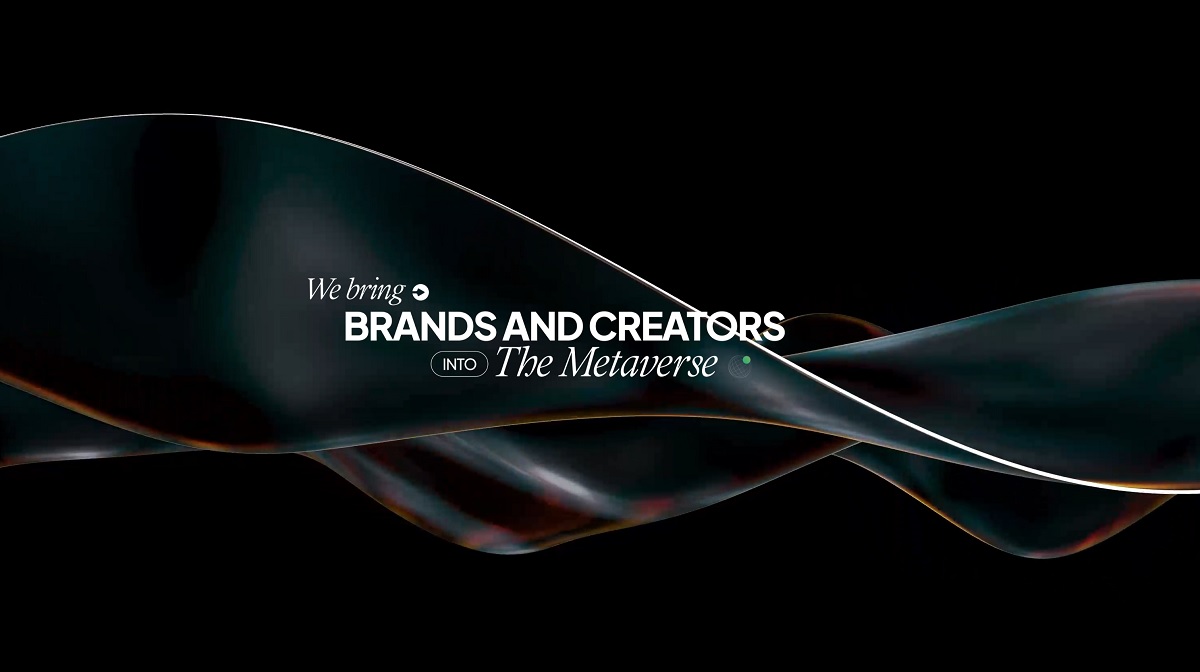 The combined companies are optimistic about how they are coming out at the right time.

“We want to be first to market on a number of initiatives, gaming being one of them,” Allen said. “Content is still king, and with the metaverse and Web3 you have to have attractive content.”

He said the products are targeted at the new generation, Gen Z, that is more comfortable with technology, creators, and digital assets. He noted the company has cut a lot of deals with partners from Chibi to McLaren.

“There’s a lot of new technologies that are coming,” he said. “Then there is the ownership part of blockchain itself. All of these pieces are coming together. It’s a fascinating time.”

The recession is also a time where the company can operate more inexpensively and take its time to build something properly.

“We’re excited to do this,” said Krivicich. “I’ve never seen anything bigger than this frontier. And having gone through myself that transition from early PC and console into mobile gaming, I think gamers have a lot of resistance at first. But now we’re seeing games like Diablo Immortal come out that are just incredible. And so we’re at another one of those inflection points. I think it’s super interesting to see where it takes us with player ownership of digital assets.”

Twitter | Telegram | Instagram
0
Bookmark
0
Like
Related articles
Horizon Blockchain Games Raises $40 Million From Ubisoft, Take-Two and Other Investors
As NFT games boom, the traditional video game industry is starting to take an interest in Web3 development, investing large sums of money in blockchain gaming companies.
0
Can Starbucks Bring Web3 Into the Mainstream?
Enter Starbucks. The launch of its new non-fungible token (NFT)-based reward program, Starbucks Odyssey, may bring us one step closer to making this a reality, or at least provide some suggestions of which direction to head in.
0
A Sega Classic is Being Developed Into a Blockchain Trading Card Game
Japan’s double jump.tokyo will leverage Sega’s IP for the Sangokushi Taisen franchise to create the gaming company’s first blockchain-based game.
0
Apejet sets to release NFT Airdrop for upcoming web3 game Jungle Safari
Jungle Safari, one of the innovative Apejet ecosystem games, is giving away 10,000 NFTs to 10,000 Apejet Holders.
0
Zilliqa Blockchain To Beta-test Shooter Game ‘WEB3WAR’ by Weekend
The protocol announced on its Twitter page early today that its shooter game, WEB3WAR, will premiere in five days on the Zilliqa gaming ecosystem.
0
Rare David Bowie NFT Collaboration With FEWOCiOUS Sells for $127,000
The high-value sale on OpenSea continues a trend of celebrity estates minting postmortem memorabilia on the blockchain.
0
Metaverse market estimated to grow to $100 billion in 2022; new opportunity for fintech companies
Financial institutions have been experimenting the Web3.0 -enabled Metaverse spaces as well as using Web 2.0 technologies to train employees, build telecommuting hubs, and provide virtual investment advising services.
0
CEO Tim Cook says Apple avoids the word 'metaverse' because the average person doesn't know what it means — a stark contrast to rival Facebook
Instead, Apple has focused its emerging tech investment specifically on Augmented Reality.
0
Alan Cross has seen the future of music and says it’s all about ‘Web3’ and the metaverse
Here’s another term you can use to execute any conversation: “Web3.” Ready or not, this is where the internet is headed.
0
Warner Music Group Announces OpenSea Partnership ‘To Expand Web3 Opportunities For Artists’
Warner Music Group (WMG) has inked a partnership agreement with non-fungible token (NFT) marketplace OpenSea to enable “select WMG artists to build and extend their fan communities in Web3.”
0
Discover what matters to you