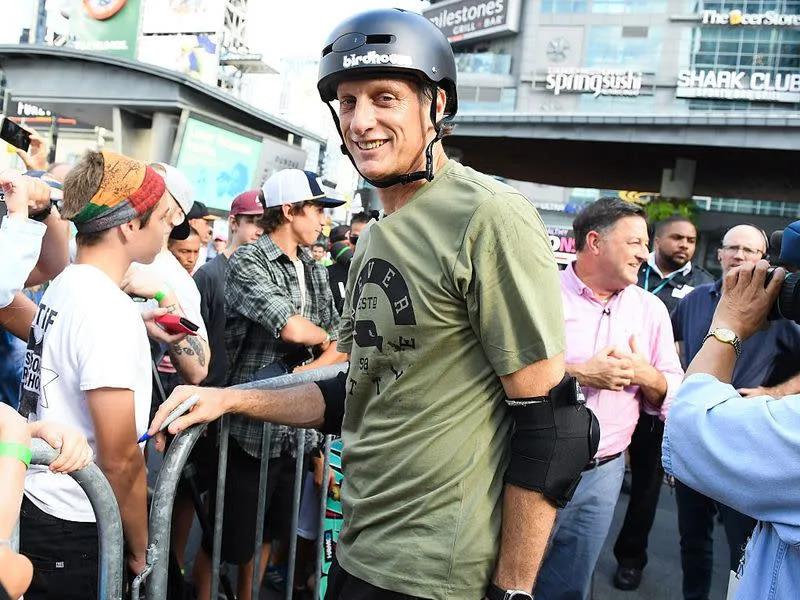 Famed skateboarder and entrepreneur Tony Hawk is the latest celebrity to take his talents to the metaverse, announcing on Wednesday he’ll be creating a skatepark and 3D avatar collection in the virtual land game The Sandbox.

The skatepark will span 36 parcels of the game’s land, making it the “largest virtual skatepark ever made,” according to a press release.

“I have been a fan of new technology all of my life, from the first video games and home computers with CGI capabilities,” Hawk said in a video announcing the news. “So I am fascinated by the metaverse, and excited to bring our culture into the virtual landscape of The Sandbox.”

The avatar NFTs released by Hawk will commemorate the outfit he wore during the 1999 X Games, when he landed the first ever 900, a milestone moment in the world of skateboarding.

While the partnership is Hawk’s first in the blockchain gaming space, the entrepreneurial skater has more than made a name for himself in the traditional gaming industry. His “Tony Hawk Pro Skater” series has grossed more than $1.4 billion since its debut in 1999, making it one of the most profitable video game franchises of all time.

Twitter | Telegram | Instagram
0
Bookmark
0
Like
Related articles
Horizon Blockchain Games Raises $40 Million From Ubisoft, Take-Two and Other Investors
As NFT games boom, the traditional video game industry is starting to take an interest in Web3 development, investing large sums of money in blockchain gaming companies.
0
Can Starbucks Bring Web3 Into the Mainstream?
Enter Starbucks. The launch of its new non-fungible token (NFT)-based reward program, Starbucks Odyssey, may bring us one step closer to making this a reality, or at least provide some suggestions of which direction to head in.
0
A Sega Classic is Being Developed Into a Blockchain Trading Card Game
Japan’s double jump.tokyo will leverage Sega’s IP for the Sangokushi Taisen franchise to create the gaming company’s first blockchain-based game.
0
Apejet sets to release NFT Airdrop for upcoming web3 game Jungle Safari
Jungle Safari, one of the innovative Apejet ecosystem games, is giving away 10,000 NFTs to 10,000 Apejet Holders.
0
Zilliqa Blockchain To Beta-test Shooter Game ‘WEB3WAR’ by Weekend
The protocol announced on its Twitter page early today that its shooter game, WEB3WAR, will premiere in five days on the Zilliqa gaming ecosystem.
0
Rare David Bowie NFT Collaboration With FEWOCiOUS Sells for $127,000
The high-value sale on OpenSea continues a trend of celebrity estates minting postmortem memorabilia on the blockchain.
0
Metaverse market estimated to grow to $100 billion in 2022; new opportunity for fintech companies
Financial institutions have been experimenting the Web3.0 -enabled Metaverse spaces as well as using Web 2.0 technologies to train employees, build telecommuting hubs, and provide virtual investment advising services.
0
CEO Tim Cook says Apple avoids the word 'metaverse' because the average person doesn't know what it means — a stark contrast to rival Facebook
Instead, Apple has focused its emerging tech investment specifically on Augmented Reality.
0
Alan Cross has seen the future of music and says it’s all about ‘Web3’ and the metaverse
Here’s another term you can use to execute any conversation: “Web3.” Ready or not, this is where the internet is headed.
0
Warner Music Group Announces OpenSea Partnership ‘To Expand Web3 Opportunities For Artists’
Warner Music Group (WMG) has inked a partnership agreement with non-fungible token (NFT) marketplace OpenSea to enable “select WMG artists to build and extend their fan communities in Web3.”
0
Discover what matters to you