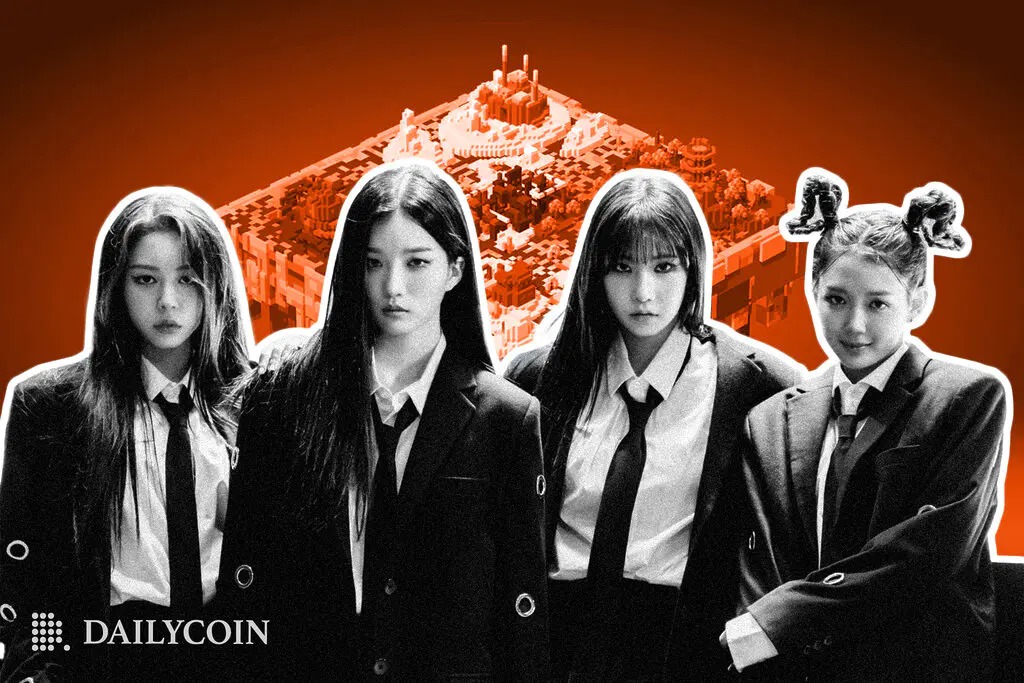 The Web3 K-pop connected startup known as Modhaus has made a strategic partnership with The Sandbox. Their primary goal is expanding blockchain-based K-pop engagement by creating NFTs connected to the K-pop girl group tripleS.

Together, they can now create a social hub for facilitating engagement with events hosted in the Metaverse.

tripleS is a 24-member K-pop girl group that leverages the power of the blockchain to give their fans access to and control over a variety of different aspects of their experience.

Their community voted to create two subunits through a blockchain-based voting mechanism dubbed Gravity, created by Modhaus. These units include Acid Angel from Asia and +(KR)ystal Eyes.

Looking at Acid Angel from Asia, this unit specifically has seen a large level of success. The group released their first debut album, Access, in October of 2022, which featured the lead track Generation, which has already received 28 million views on YouTube.

As for Modhaus as a project, it was created with the primary objective of promoting Korean Pop culture on top of the blockchain.

The project uses NFT-powered governance mechanisms to more closely connect fans with creators, and tripleS is currently its main focus with this partnership.

Fans of K-pop have had an exceptional year when it comes to metaverse expansion. Due to this appeal and popularity, cryptocurrency and NFT enthusiasts can expect a lot more companies, teams, and groups to join the virtual world and expand their offerings there.

Fans can now gain access to different types of NFTs from their favorite K-pop groups, including avatars, wearables, and digital collectibles, and they can show off their style as well as their support for the group.

Twitter | Telegram | Instagram
Blockchain Games list | NFT Games lists | Crypto Games list | Play to Earn Games List
0
Bookmark
0
Like
Related articles
MIR4 Developer to Build Web3 Games in MetaGravity Metaverse
WEMADE has signed an MOU with MetaGravity to build a unique game experience and platform for people to connect to and enjoy. The alliance plans to bring the vision of Jang Hyun-Guk, CEO of WEMADE, to life.
0
Metacade presale investment rockets past $5 million as GameFi investors hurry to buy remaining MCADE tokens
The Metacade presale is selling out fast with stage 3 coming to a close after just 12 days. The presale of the play-to-earn (P2E) metaverse arcade saw its previous rounds sell out within 4 weeks, raising $2.7 million
0
Metacade Presale Investment Rockets Past $5 Million As GameFi Investors Hurry To Buy Remaining MCADE Tokens
With incredible momentum already behind the Metacade project, it will not be long before the presale tokens sell out and MCADE is released on exchanges. The token will be listed on both centralized and decentralized exchanges, giving the public a variety of ways to purchase the token.
0
Ticiane Pinheiro creates Brazil's first virtual journalist in Metaverso
2023 arrived with a lot of news for Ticiane Pinheiro. The presenter of 'Hoje em Dia' has just launched into the Metaverse. While many virtual influencers are characters that could only have been born in the imagination, Ticiane developed a storytelling so that her virtual influencer goes beyond all borders.
0
MTS will create its own metaverse for $100 million
It became known that the mobile operator MTS intends to invest $100 million in the creation of its own metaverse - a virtual environment that will be used to promote its own and partner products. Writes about this "Kommersant" with reference to the data provided by the company.
0
This was the fashion collection in the metaverse presented by Intermoda in Mexico
Mexican designers presented a clothing collection on a catwalk that combined technologies such as augmented reality and the metaverse.
0
Brazilian university launches graduation in the metaverse and attracts influencers
Last Friday (27), the Pontifical Catholic University of Paraná (PUCPR) announced the launch of a new Brazilian higher education course designed to be taught in the metaverse.
0
Cardano-oriented GameFi Startup Joins Microsoft's Web3 Program
Paima Studios, a Cardano and Milkomeda-focused GameFi project, will take part in a new Web3 initiative from Microsoft, it has been revealed.
0
GamesPad: We're thrilled to announce a media partnership between GamesPad and TMRW Conference Dubai
We're thrilled to announce a media partnership between GamesPad and TMRW Conference Dubai!
0
Red Pill Studio Announces Private Round for TrainCraft Game
Following the positive reception of the in-development Metaverse game Chimeras, RedPill Studio has announced a private funding round for an up-and-coming game TrainCraft. A total of $2,490,000 is sought in this initial round.
0
Reviews
Reply
Latest
No More
Discover what matters to you
No corresponding news is found