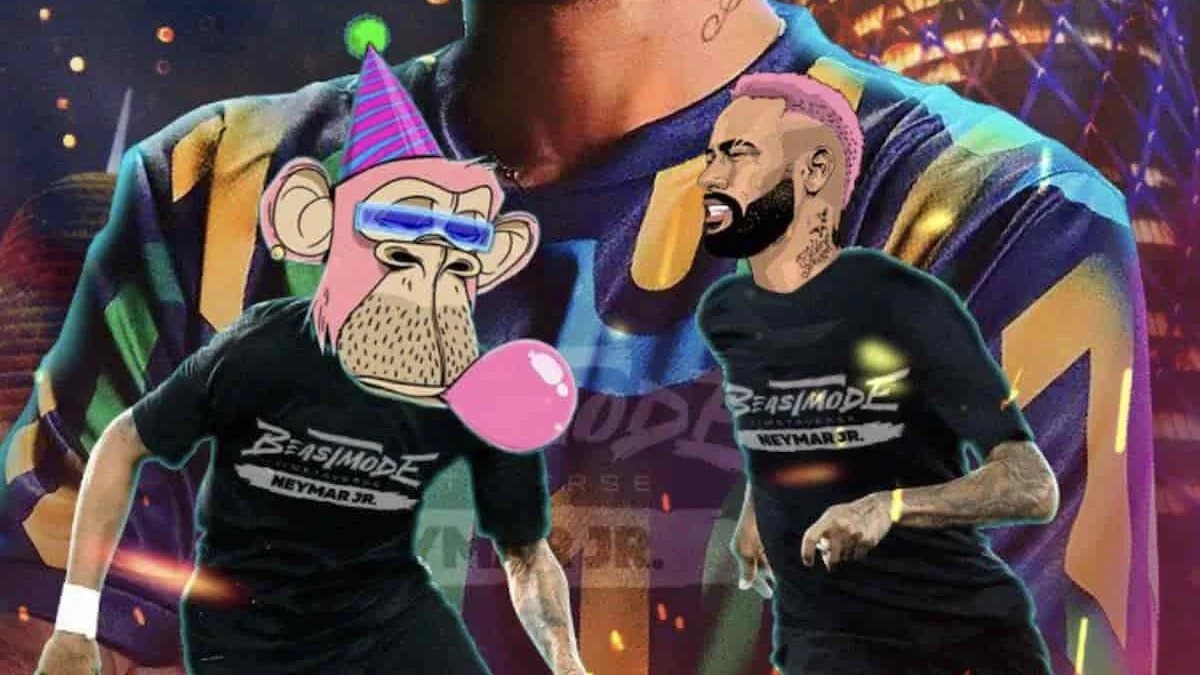 At the beginning of the year, when NFTs were still on the rise,  Neymar transferred more than BRL 6 million  in ethers (ETH) to acquire two Bored Apes. Now, the tokenized bored monkeys are valued at around R$920,000.

In January, the official account of the soccer player on OpenSea spent around 350 ETH for two tokens from the Bored Ape Yatch Club collection, according to data from the NFT marketplace. The Brazilian idol soon took to Twitter to announce his purchase:

The player put his Bored Ape NFTs to good use, even making them a clothing pattern and birthday cake theme.

But that party was short-lived. As we previously reported, in August the scenario of the NFT sector was already completely different, and  Trading volume on OpenSea collapsed by 99% .

According to cryptocurrency researcher Vini Barbosa, the downturn in the crypto market has led investors to move away from low-liquidity assets such as NFTs. In this way, the search for more liquid assets during the bear market naturally caused the interest in NFTs to decrease.

At the time of writing this article, Neymar's NFTs (which are in the custody of the account  EneJayVault  at OpenSea) are valued at 100 WETH and 54.65 WETH. Wrapped Ethereum (WETH) is a cryptocurrency that tracks the price of ether (ETH) itself.

On the date they were purchased, Bored Apes  5269  e  6633  were respectively worth 189.69 ETH and 159.99 ETH. But, Neymar and the vast majority of other NFT holders this year lost on two fronts: the devaluation of the NFT and the drop in the price of Ethereum.

The case of Justin Bieber was similar, a pop artist who also invested in the largest collection of NFTs in the world. The Canadian singer paid nearly R$ 7 million for Bored Ape  3001 , the best offer for it is 54.9 WETH or BRL 318 thousand.

For technical analyst Thiago Souza, the price of ETH suffered from the fall of bitcoin this year, since the correlation between the main cryptocurrencies is very high. According to Souza, the latest Ethereum update (o  The Merge ), despite decreasing network energy expenditure by more than 99%, also brought to light possible problems related to centralization, which may have affected the trust of some investors.

Twitter | Telegram | Instagram
Blockchain Games list | NFT Games lists | Crypto Games list | Play to Earn Games List
0
Bookmark
0
Like
Related articles
Uniswap launches NFT marketplace aggregator
Developers say the tool can help users save upwards of 15% on gas fees when shopping for NFTs.
0
Take-Two asks MyMetaverse to take down its NFTs in GTA servers
Take-Two’s legal policy, it would not allow business exploitation. Players are also not allowed to generate revenue from their servers via in-game integrations or corporate sponsorships.
0
Limit Break will do free NFT mint during Super Bowl commercial
Limit Break will be giving away a limited number of NFT-based dragon characters through the Super Bowl commercial QR code.
0
BMW Venturing into NFTs and Metaverse
These items are supposed to be used in extended virtual reality environments. Users could potentially simulate the operation of land vehicles with the help of their VR headsets or glasses.
0
NFT Investor Animoca Brands to Start $2B Metaverse Fund: Report
The company will unveil the fund, called Animoca Capital, with plans to make its first investment next year.
0
Cerveza INDIO will launch its first concert tour powered by NFTs
Cerveza INDIO will carry out the first concert tour promoted by NFT in collaboration with Apodaca and the Mexican musician Siddhartha.
0
BNB Chain NFT Support Added to OpenSea
OpenSea – the world’s largest NFT marketplace – is bringing NFTs based on BNB Chain to its platform.
0
OpenSea CEO: FTX Fallout Is ‘Opportunity’ to Refocus on Trust
The NFT marketplace head points to the benefits of decentralization and talks about creator royalties in the Solana NFT market.
0
Play Casual Games, Win NFTs: Burn Ghost Raises $3.1M for Gaming Platform
The startup seeks to expand Web3 adoption via easy-to-play games that reward winners with NFT collectibles.
0
ApeCoin Up 31% as Staking Nears, Bored Ape NFT Prices Rebound
The Ethereum-based token is surging following the release of final staking details and the official ApeCoin NFT marketplace rollout.
0