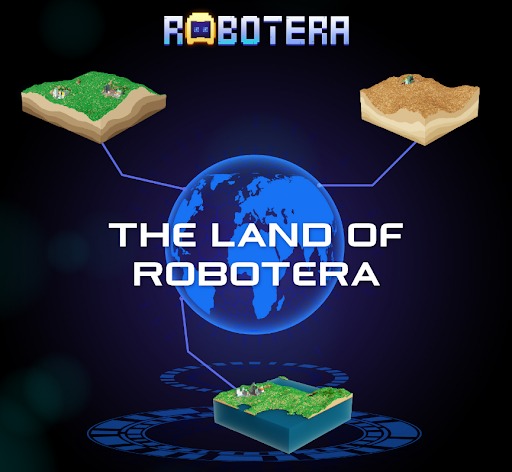 RobotEra’s popularity has spread across the metaverse and made investors take notice of its presale – which raised more than $100,000 in its first week.

The crypto and NFT game’s multi-reward system has made investors realize that this game rivals The Sandbox, prompting them to buy the native token, TARO, while it’s still affordable.

Play-to-earn (P2E) tokens have proven to be extremely popular with investors because of their intrinsic reward element, providing returns to players even when the crypto market is stagnant.

Early investors understood that TARO’s use cases enable them to earn in various ways, so they flocked to the platform to prevent FOMO.

We’ve seen how P2E tokens such as SAND and AXS exploded once listed on exchanges, with one of the reasons those top crypto games saw massive spikes in their coin’s value being that they received much more exposure to investors than during the presale.

That’s the reason investors shouldn’t wait for $TARO tokens to be listed before investing in them and the best time to bag low-priced assets is during the coin’s presale.

Fortunately for investors, this blockchain game token is still in the first stage of its presale, with

TARO tokens available now for only $0.02.

The second stage of the presale increases the token’s value to $0.025 and the final stage will bump up$TARO’s price to $0.032, a 60% increase since the presale launch.

RobotEra is one of the best new play-to-earn games of 2022 as it enables players to earn TARO tokens in a number of different ways in its ecosystem.

That’s one of its major appeals, while its in-game activities make it rival The Sandbox. 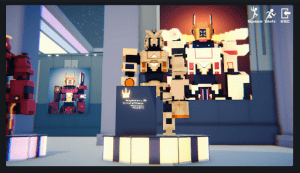 The game is set on the Taro planet, which was destroyed by a cataclysmic event and newly-built robots must work together to reconstruct it.

A new contract agreement is formed, stipulating that robots cannot destroy each other, even in the most fierce conflict.

Players buy metaverse plots of land with TARO tokens and use robot NFT avatars to increase the land’s value.

RobotEra rewards players for various activities that rebuild the planet – players can mine minerals, collect raw materials and acquire resources from their land, while cultivating sacred trees is also vital to the restoration of Taro.

The game’s custom tools enable players to build robot companions, with no prior coding knowledge needed. Once they’ve built a robot, players can use the editing tool to make their robots look unique and provide them with special abilities.

RobotEra also enables players to sell their robots as on the open market as NFTs to earn tokens.

Rentals in the metaverse have become extremely popular, and major brands such as JP Morgan and PWC have already invested in them – players can also monetize their land by selling billboard space to brands for advertising.

RobotEra is a multiverse ecosystem that enables players to connect to other worlds, opening up up a whole new set of opportunities for earning TARO tokens. 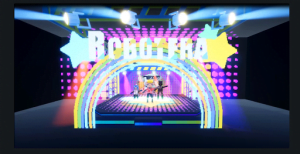 Making Taro a place that’s filled with activities is one way to reconstruct it, with players receiving tokens for participating in concerts, hosting events and controlling independent continents.

It’s also possible for players to build a new metaverse and invite other NFT communities to the theme park, while RobotEra lets players submit original NFT works to be displayed in museums.

Another way for players to earn is by staking their TARO coins – Taro is repaired in several ways, and staking is crucial to revert the destruction.

RobotEra rewards players for locking their coins away for specific periods. The longer the coins are locked away, the more rewards players receive, making it a great way for players to earn a passive income.

Buying land isn’t the only way to have a stake in this ecosystem, players can be part of this project’s governance through its DAO (decentralized autonomous organization).

RobotEra enables players to vote on crucial issues that will determine the game’s future.

Twitter | Telegram | Instagram
Blockchain Games list | NFT Games lists | Crypto Games list | Play to Earn Games List
0
Bookmark
0
Like
Related articles
Take-Two asks MyMetaverse to take down its NFTs in GTA servers
Take-Two’s legal policy, it would not allow business exploitation. Players are also not allowed to generate revenue from their servers via in-game integrations or corporate sponsorships.
0
BMW Venturing into NFTs and Metaverse
These items are supposed to be used in extended virtual reality environments. Users could potentially simulate the operation of land vehicles with the help of their VR headsets or glasses.
0
Sony’s latest patent filing can turn PlayStation game characters into tradable NFTs
In-game assets made of non-fungible tokens (NFTs) could be used by the gaming powerhouse Sony PlayStation, according to a recently disclosed patent, reviving interest in the new technology.
0
Best GameFi projects that can rise in December
The blockchain gaming space has seen numerous investments. Game7 launched a $100 million program dedicated to accelerating Web3 gaming on November 28, 2022.
0
HitBox Games raises $1.6M for hack’n’slash Web3 game Swords of Blood
Swords of Blood is the Web3 expansion of a previously successful Web2 game, Blade Bound. Swords of Blood intends to combine both Web2 and Web3 in a seamless way.
0
NFT Investor Animoca Brands to Start $2B Metaverse Fund: Report
The company will unveil the fund, called Animoca Capital, with plans to make its first investment next year.
0
Meta ‘powering through’ with metaverse plans despite doubts — Zuckerberg
Billions of dollars have been poured into Meta’s virtual world with little return on investment, but CEO Mark Zuckerberg says he is holding fast.
0
Play Casual Games, Win NFTs: Burn Ghost Raises $3.1M for Gaming Platform
The startup seeks to expand Web3 adoption via easy-to-play games that reward winners with NFT collectibles.
0
Aeria Studio Canada partners with Ready Games to bring Web3 titles to Android
Aeria Games is joining the push to Web3 and making these titles more accessible by re-releasing them on the Android mobile operating system.
0
A16z Leads $15M Round for Game Studio Roboto Games
The studio, which was founded by Web2 veterans, plans to add Web3 elements to its forthcoming survival/crafting MMO game.
0