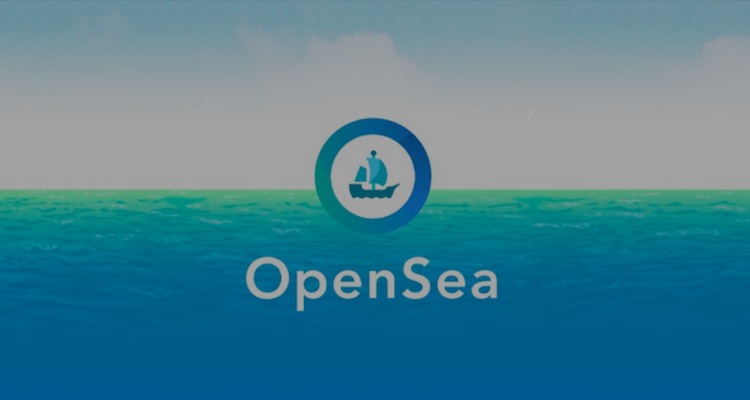 The Big Three record label, which touted its perceived role “as a Web 3.0 innovator” upon announcing Robert Kyncl as CEO, unveiled the tie-up with OpenSea via a formal release this morning. Five-year-old OpenSea – not to be confused with Quincy Jones-backed music NFT platform OneOf, which finalized a WMG partnership pact in January – has reportedly suffered a material sales-volume falloff in 2022 amid a broader crypto winter.

Nevertheless, today’s deal seems to demonstrate that WMG remains committed to NFTs and the wider Web3 space, for some of the major label’s acts are poised to receive “early access to OpenSea’s new drops product, along with improved discoverability, personalized storytelling on customized landing pages, and OpenSea’s industry-leading safety and security features,” according to the involved parties.

(As an aside, the release from WMG and OpenSea makes ample use of the word “would” as opposed to “will,” with the latter appearing a grand total of zero times in the document. “WMG artists would have their own dedicated drop page to host limited-edition projects, which would open new opportunities for fans to engage with music and artists,” one section of the message reads.)

Additionally, Warner Music – which in June announced an NFT and Web3 pivot for its Spinnin’ Records label – is set to benefit from “dedicated support and best practices from the OpenSea team,” the entities disclosed, besides the aforementioned “dedicated drop page to host limited-edition projects.”

Warner Records UK is said to be coordinating with “Web3 company” Probably Nothing to create WMG’s initial OpenSea NFT collection, but it’s unclear when the tokens will become available to fans.

“Fundamental to music’s DNA, is community – it’s artists and fans coming together to celebrate the music that they love,” said Ruxandra. “Our collaboration with OpenSea helps to facilitate these communities by unlocking Web3 tools and resources to build opportunities for artists to establish deeper engagement, access, and ownership.”

Aside from this OpenSea collaboration, the Dapper Labs backer Warner Music through 2022’s first nine months has invested in metaverse startup Authentic Artists, partnered with digital collectibles platform Blockparty, united with POAP “to mint shared memories as NFTs,” and rolled out a “first of its kind” NFT project with Bose.

Meanwhile, it came to light three weeks ago that Sony Music’s Columbia Records had quietly filed a trademark application covering NFT songs and visual media. And Universal Music, for its part, has closed 2022 agreements with NFT platform Curio and continued to build out an “NFT supergroup” called Kingship.

Twitter | Telegram | Instagram
Blockchain Games list | NFT Games lists | Crypto Games list | Play to Earn Games List
0
Bookmark
0
Like
Related articles
BNB Chain NFT Support Added to OpenSea
OpenSea – the world’s largest NFT marketplace – is bringing NFTs based on BNB Chain to its platform.
0
OpenSea CEO: FTX Fallout Is ‘Opportunity’ to Refocus on Trust
The NFT marketplace head points to the benefits of decentralization and talks about creator royalties in the Solana NFT market.
0
Aeria Studio Canada partners with Ready Games to bring Web3 titles to Android
Aeria Games is joining the push to Web3 and making these titles more accessible by re-releasing them on the Android mobile operating system.
0
Polkastarter to Host Web 3.0 Game Awards Show, Nominates Over 200 Games
Web3 Gaming Launchpad Polkastarter Gaming has announced it is holding its first annual game awards show, GAM3, on December 15th.
0
Web3 Gaming Sucks: The Struggle With User Experience
Judging by Reddit’s success, conversion to Web3 gaming by stealth may be the best path to adoption.
0
Game7 launches $100M grant program to accelerate Web3 gaming
The program will enable developers to build tools, create education programs, host events, and perform research to make the Web3 video game industry more diverse and accessible.
0
Sports Report – FIFA World Cup introduces Web3 to 5 billion people
During the FIFA Fan Festival, VISA will present football fans with a new hybrid experience that includes an NFT auction and an immersive experience allowing World Cup attendees to create their own NFTs on the Cronos blockchain.
0
5 Ways Web3 Games Are Celebrating Thanksgiving
Crypto gaming is ushering in a new era of brand-consumer relationships and virtual events thanks to Web3 technology. Since their inception, crypto games have been at the forefront of digital events, hosting some of the most sought-after and exciting events.
0
Web3 Gam3 Awards 2022 nominees released with Big Time up for 6 awards
The full list of nominees for the Gam3 Awards includes a star studded list of the best web3 gaming has to offer
0
Maradona reaches the metaverse
Diego Maradona lands for the first time in the Sports Land metaverse
0