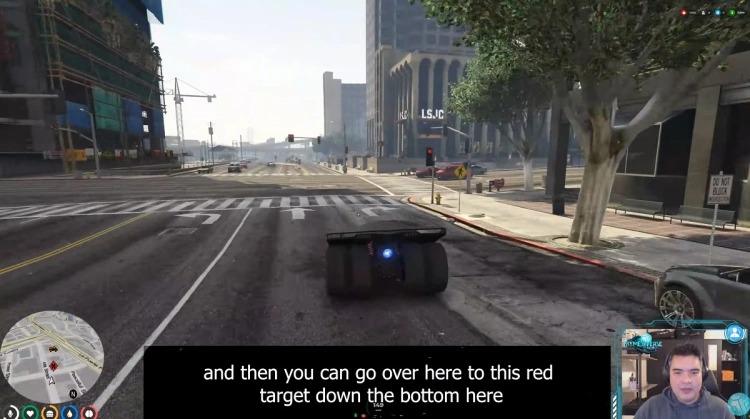 MyMetaverse CEO Simon Kertonegoro thought he had a great use case for non-fungible tokens (NFTs) by enabling players to use them and associated art such as cars in Grand Theft Auto servers. But Take-Two Interactive, the parent company of GTA maker Rockstar Games, is putting an end to that.

On Friday, Rockstar posted a notice saying what players can or can’t do in their own servers. It said it encouraged “reasonable fan creativity” and third-party roleplay servers as a rich extension of community-created experiences within Grand Theft Auto. So it allows PC single-player mods.

But it also said that under Take-Two’s legal policy, it would not allow business exploitation. Players are also not allowed to generate revenue from their servers via in-game integrations or corporate sponsorships.

Rockstar and Take-Two are also shutting down any misuse of Rockstar’s intellectual property and trademarks, importing or using other companies’ IP, sale of loot boxes, and use of real-world brands, characters, trademarks or music. Players cannot engage in the “sale of virtual currencies, generating revenue via corporate sponsorships or in-game integrations, or the use of cryptocurrencies or crypto assets (e.g. “NFTs”); (iv) making new games, stories, missions, or maps; or (v) interfering with our official multiplayer or online services, including Grand Theft Auto Online and Red Dead Online.”

Back in September, MyMetaverse and Enjin announced they had launched playable NFTs in Grand Theft Auto V and Minecraft game servers.

The MetaHome NFTs offered unique gameplay utility in every world where they were recognized. In Infinity Auto, a MyMetaverse Grand Theft Auto (GTA) 5 server, they took the form of a rare vehicle that players could buy outside the game and import into the game as a fully functional 3D-animated car. MyMetaverse also had a similar NFT option for Minecraft servers.

Kertonegoro said his company believed that this was the future of gaming and was a perfect way for Rockstar to create a connected experience and community across its titles.

“We’re disappointed to find out that we were wrong,” Kertonegoro said. “Today, we received a letter from Rockstar’s parent company, Take-Two, asking us cease all operations on the Infinity Auto Server.”

While Take-Two CEO Strauss Zelnick has touted NFTs as a natural way to extend concepts such as digital collectibles, Take-Two hasn’t launched any formal NFT collectibles itself, perhaps because the legal frameworks haven’t been put in place and lots of gamers and game developers are opposed to them.

Take-Two asked MyMetaverse to comply with its takedown request within a couple of weeks, and Kertonegoro said the company has done so.

Here’s the full statement from Kertonegoro.

“Our ultimate dream was to collaborate with Rockstar and build a way for players to earn free items that they could own forever, give to their friends, and use in multiple games. In creating the Infinity Auto server, we saw ourselves as contributors to the GTA ecosystem.

We were hoping that they would discover us and see that cross-game items are destined to become the future of gaming. Players love playing and receiving digital items that can be used across an ecosystem of games. This is the perfect way for a company like Rockstar, with such a wide range of incredible games, to create a connected experience and community across its titles.

We’re disappointed to find out that we were wrong. Today, we received a letter from Rockstar’s parent company, Take-Two, asking us cease all operations on the Infinity Auto Server. So, we have shut down our server and we’ll never relaunch it. We want to do the right thing and respect Take-Two’s wishes, it was never our intent to upset them. We truly believed we were providing a service that was benefiting them.

On a personal note, for the last 4 years, my only mission has been to show the world that NFTs can provide amazing cross-game experiences. I’ve sold my house and spent everything I own to try to prove this point. Today is a big loss for me, my team, and our players.

I still think Rockstar is an amazing company and, actually, Red Dead is one of my favorite games ever. I just hope that one day they implement some form of item-interoperability across their games so fans like me can feel some kind of historical connection between the games.

My dreams would truly come true if that happened and those items were on the blockchain.”

Twitter | Telegram | Instagram
Blockchain Games list | NFT Games lists | Crypto Games list | Play to Earn Games List
0
Bookmark
0
Like
Related articles
Memeland Giant 9GAG Goes On $1.3M Bored Ape NFT Buying Spree
The 9GAG social media platform from Memeland has been loading up on high-priced Bored Ape Yacht Club (BAYC) nonfungible tokens (NFTs).
0
Polygon x Nat Geo 1888 ‘GM’ NFT Collection Enters Secondary Market
In commemorating its 135th anniversary, National Geographic partnered with Polygon on Wednesday to release a super rare photograph NFT collection titled “Good morning: Daybreak around the world” or ‘GM’ for short.
0
Why Is Polygon (MATIC) Outpacing Ethereum in NFT Sales?
Polygon (MATIC) has had a good run on the cryptocurrency market with network upgrades such as improvements in its staking and gas rates.
0
OpenSea Unveils New Suite of Tools for NFT Creators
On February 2nd, 2023, leading NFT marketplace OpenSea announced its next phase of Drops for NFT projects launching on the platform.
0
MIR4 Developer to Build Web3 Games in MetaGravity Metaverse
WEMADE has signed an MOU with MetaGravity to build a unique game experience and platform for people to connect to and enjoy. The alliance plans to bring the vision of Jang Hyun-Guk, CEO of WEMADE, to life.
0
LG to Launch Collaborative NFT Collection with Barry X Ball at LA Art Exhibition
Launching on February 16, LG Art Lab, LG Electronics’ native NFT art app featured on its new WebOS 5.0 TVs, is releasing a set of new artwork to be showcased at Frieze Los Angeles 2023. The artworks will highlight the artist’s in-process sculptures of Pope John Paul II.
0
Oscar-Winning Anthony Hopkins Composes Piano Music for His NFT Buyers
In a recently published tweet, legendary Oscar-winning Anthony Hopkins shared a video of himself playing the piano. He confessed that he had been working on that piece of music for the past few years. He has dubbed it "Eternal."
0
Nefta partners with MYSTiC GAMES to bring free-to-own NFTs to upcoming mobile MMO
MYSTiC GAMES is on a mission to make blockchain gaming accessible. All NFTs within the soon-to-be-announced mobile game will be free and found organically by players through gameplay.
0
Japanese prime minister says DAOs and NFTs help support government’s ‘Cool Japan’ strategy
Fumio Kishida said there were “various possibilities for using Web3” in Japan and has previously supported blockchain-based initiatives for authorities using digital solutions.
0
Mexico's Atlante FC club will launch its NFT collection
El Atlante is another of the iconic clubs in Mexico that will join the trend of sports NFTs.
0
Reviews
Reply
Latest
No More
Discover what matters to you
No corresponding news is found