Why OpenSea Is Sticking With NFT Creator Royalties 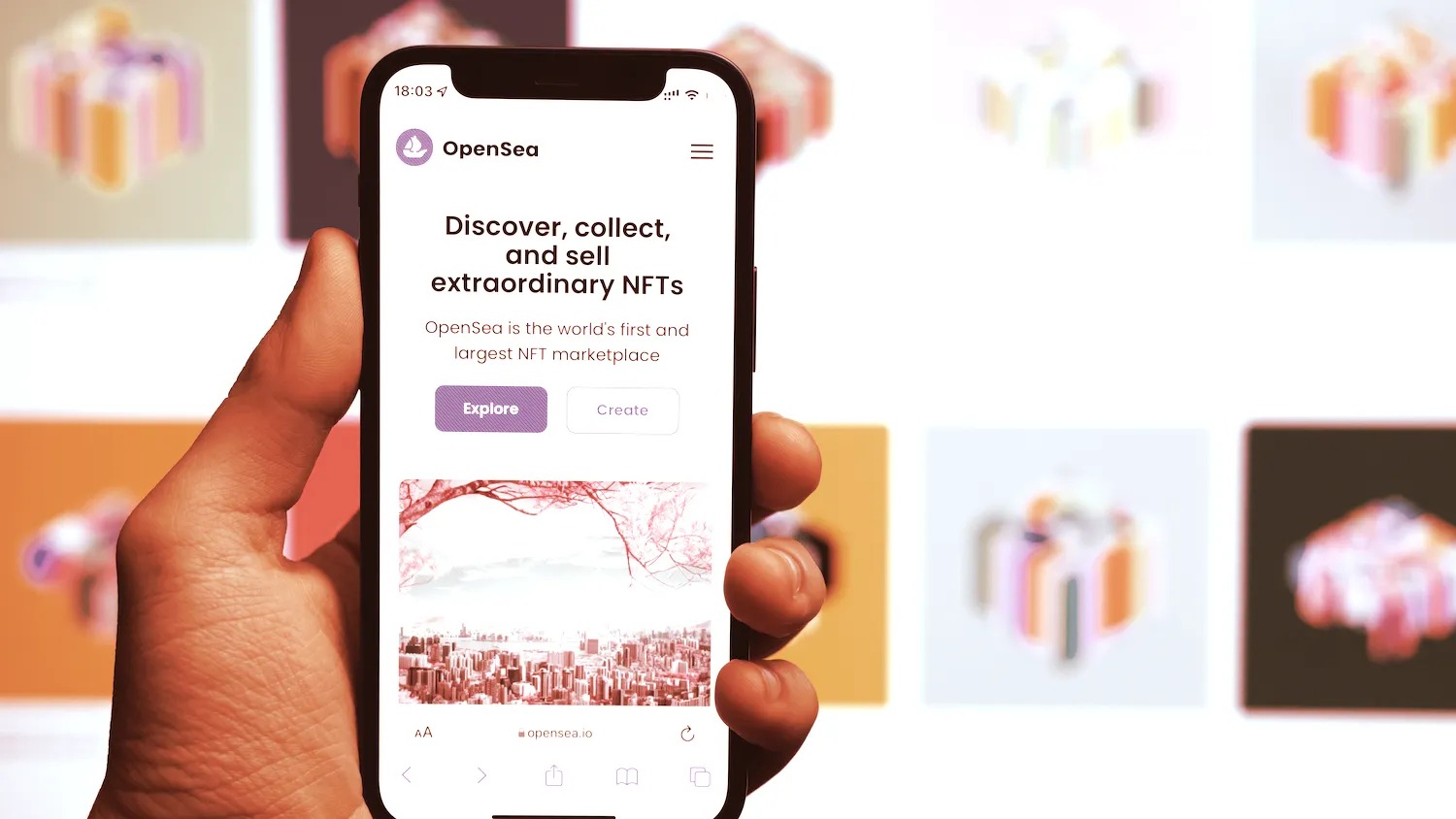 As the leading NFT marketplace, OpenSea’s policies carry a lot of weight—and going into November, many creators and collectors alike wondered about the $13.3 billion startup’s stance on creator royalties. But when OpenSea finally spoke out on the issue, its comments only created more questions, prompting backlash from creators.

Devin Finzer, co-founder and CEO of OpenSea, told Decrypt that the firm analyzed market data and spoke with creators ahead of its announcement, and that it hoped to open a dialogue with more of the NFT community. Finzer said that his team was “surprised” by the level of pushback, which he attributed to the “ambiguity of how we were handling existing collections.”

“Our goal there was really to start a conversation with creators. And I think we really did, in many ways,” said Finzer. “A lot of people came out super active, wanting to tell us their perspective. In some ways, while it was a mixed reaction, it was actually a really healthy discussion.”

OpenSea had long honored creator-set fees on secondary sales, even though they can’t be fully enforced on-chain. But in recent months, rival platforms have gutted royalties in the name of cheaper transactions for traders, turning the NFT space on its head and throwing a curveball at creators dealing with falling prices and demand.

On November 5, OpenSea said that it was weighing its options and would continue to consult with the NFT community. It also launched a tool that would let creators of new Ethereum NFT projects block marketplaces that don’t fully honor royalties. But for existing projects, OpenSea cited the possibility of making creator fees optional for traders.

That didn’t go over well with many creators. The Bored Ape Yacht Club founders called OpenSea’s plan “not great,” while pseudonymous Deadfellaz co-creator Betty said that the firm’s communication with her was “misleading” and that “facts are not there.” Streetwear brand The Hundreds canceled a planned NFT drop on the platform.

OpenSea planned to make a decision by December 8, but instead acted within a few days. On November 9, the firm said that it would continue to enforce creator royalties on all existing NFT projects, noting in a tweet thread that it heard the community feedback “loud and clear.”

While creators and many collectors applauded OpenSea’s move, it wasn’t a clear-cut business decision for the company. Although the firm believes that royalties—typically a 5% to 10% fee paid by the seller and taken from the secondary sale price—are important to the industry, some traders are voting with their crypto at royalties-shunning platforms, cutting into OpenSea’s market share.

In deciding how to ultimately proceed on the royalties issue, Finzer told Decrypt that maintaining trust with creators is essential, and that developing a new on-chain enforcement model—to block certain marketplaces—was part of that mentality.

Already, OpenSea’s moves are making waves. On Friday, rival marketplace X2Y2 announced that it will honor creator royalties on all projects, citing OpenSea’s “brave move.” As a result, OpenSea removed X2Y2 from its blocklist, which means that NFTs from projects that use the tool can now be traded at that marketplace.

“It's a demonstration that leadership in the space can really drive forward better systems and better technology,” Finzer told Decrypt, “and that if you lead with solutions, people will follow suit and support those.”

He said that the initial blocklist was a “v0” rendition and that there’s room for improvement, including working with the community to decentralize control of the list of royalties-rejecting marketplaces. But the real ambition, according to Finzer, is to eventually have an empty blocklist—should other marketplaces besides X2Y2 follow OpenSea’s lead.

“We really want the blocklist to go to zero,” Finzer affirmed.