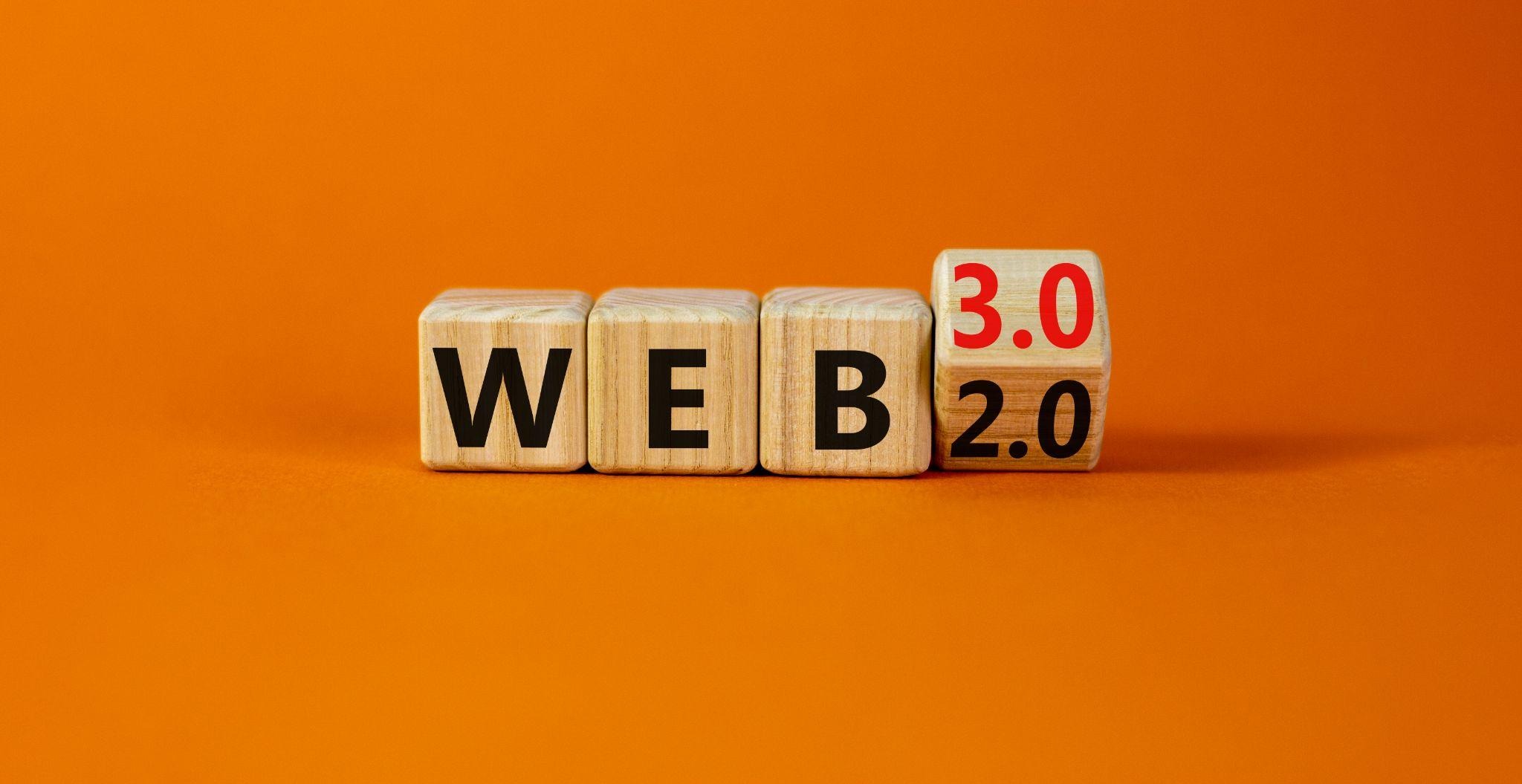 2022 will go down as a year to forget for GameFi as the Play-to-Earn (P2E) movement faltered. Unsustainable tokenomics and a dearth of genuinely great games meant there were few breakthroughs to celebrate in the emerging GameFi sector.

As users realized that many of these games weren’t particularly fun to play and token prices dropped across the board, so too did the earning potential of these P2E titles. Not surprisingly, some GameFi companies tried to pivot away from the Play-to-Earn moniker and toward what’s increasingly being called Play and Earn. The difference might seem slight, but it’s a crucial one.

The new, improved GameFi, forged in the fires of crypto’s annus horribilis, revolves around the notion that games should be fun to play first and foremost, with earning potential built in through things such as NFT marketplaces to facilitate trading of in-game items. Such provisions should be seen as an add-on rather than the game’s core feature, however.

This year, GameFi will come of age and its growth will likely be driven partially by Web2 companies porting their most popular titles over to Web3.

2023 has the potential to be a breakthrough year for Web3 gaming. A number of eagerly awaited native titles will finally come to market including Star Atlas and Illuvium. The big question is whether we’ll also see a number of Web2 games developers pivot to Web3 en masse to capitalize on the monetization opportunities GameFi has to offer.

Last year, more than $7 billion was invested in Web3 gaming and a number of well-known traditional players tentatively entered the space. These include Epic Games as well as the creators of the phenomenally popular PUBG and Grand Theft Auto. For example, 2022 saw Blankos Block Party and Grit debut on Epic Games’ stores.

For GameFi advocates, it’s a question of when not if traditional game studios enter the fray in greater numbers and utilize the many properties that are unique to Web3.

Web3 provides an opportunity for games developers to unlock new revenue streams and also to expose classic games to a new audience. While the focus for players will be upon the immersiveness, graphics and enjoyability of these games, behind the scenes it’s critical that these Web3 versions are working smoothly, with minimal latency and maximum uptime.

To facilitate this, games developers will be reliant upon specialist infra providers, particularly those who can help gaming companies scale to meet the demands of Web3. One of the key drivers of this trend will be the greater availability of tools for porting traditional games to blockchain-enabled infrastructure. Products such as Ankr’s Gaming SDK will be crucial in facilitating this by driving down the barriers to Web3 compatibility. This allows developers to combine the fun gameplay that users already know and love with the incentives and monetization mechanisms that are an integral part of Web3. Ankr’s SDK makes it simple to turn any asset into an NFT and embed it directly in a game along with an NFT marketplace and native token.

Of course, one or the barriers that must be overcome for Web3 gaming to thrive this year is for the app store duopoly to be broken. Apple and Google’s stranglehold over the mobile app market has resulted in Web3 applications such as Stepn being removed from the former’s store. While Elon Musk is probably too busy to follow through on his threat of building his own smartphone to circumvent Apple censorship, the arrival of Solana’s mobile SDK and phone offers hope that Web3 games will find a safe home.

This year, we can also expect to see much more immersive and playable Web3 games with better user onboarding and cleaner UX. The best titles will be equipped with token-powered economies that have sustainability built in. This will prevent the initial surge in popularity being followed by flat-lining metrics once the rewards token has been juiced.

The total market cap of all assets that make up the GameFi sector currently stands at around $5 billion. This makes it 35 times smaller than the general gaming industry, which was worth around $184 billion last year. It’s clear there’s a long way for GameFi to go – or rather grow – before Web3 gaming is taken seriously by the broader industry.

Good games take time to develop, however, and the billions that poured into the emerging GameFi sector through 2021-22 will start bearing fruit this year. The Block estimates that only around 30% of all GameFi titles are currently playable, with the remainder still under development.

While Web3-native games studios may have underestimated the time it takes to bring a good game to market, the lead time for converting a Web2 title is significantly lower. For this reason, don’t be surprised if the Web3 games whose names crop up this year sound faintly familiar.

Twitter | Telegram | Instagram
Blockchain Games list | NFT Games lists | Crypto Games list | Play to Earn Games List
0
Bookmark
0
Like
Related articles
Steven Soderbergh Presents Blockchain Award to NFT-Funded Film 'Calladita'
While Web3 has yet to catch up outside of the cryptocurrency space, Film3 had a big moment in the spotlight in Park City, Utah on Saturday when 'Calladita,' a new film from director Miguel Faus, was named the winner of the Andrews / Bernardo Award.
0
The Balearic Islands attend Fitur with a virtual world within the Metaverse
The Balearic Islands participate this year in the Fitur tourism fair with an exhibitor inspired by the oceanic posidonia, and creating for the first time a first virtual world within the Metaverse.
0
Doodles 2 Beta Sidesteps Ethereum, Plans to Launch on Flow Blockchain
Doodles LLC plans to roll out two creator tools for its Doodles 2 collection in the next five weeks.
0
Marvel Iron Man Artist Sean Chen: Web3 Is a ‘Paradigm Shift’ for Comic Creators
After a prolific career as a comic book artist for Marvel, DC Comics, and Valiant, Sean Chen shares why he left to create his own series in Web3.
0
Nike. SWOOSH Web3 Studio Kicks Off with Polygon NFTs
We believe that the combination of Polygon's fast and affordable transactions, and our expertise in shoe design and manufacturing, will create a unique and innovative experience for our customers.
0
Mythical Games May Raise $50 Million to Bring Web3 to Gamers
Web3 gaming giant Mythical Games may raise $50 million from investors as it seeks to expand in the decentralized gaming space. The news comes after the company announced a series of initiatives to bring Web3 to the average gamer.
0
Mythical Games acquires DMarket blockchain gaming marketplace
Mythical Games, a publisher and developer of blockchain games, said it has acquired DMarket, a marketplace for digital skins and non-fungible tokens for gamers.
0
Holistic Gaming, NFT and Metaverse Ecosystem GamesPad Acquires Mompozt - an Animation and Cinematic Video Production Studio
GamesPad, the ultimate blockchain gaming ecosystem, acquires Mompozt, an animation and cinematics production studio.
0
Casual gamers a ‘critical’ audience for blockchain games: GameFi execs
Many casual gamers are still reluctant to play games that use blockchain tech, but gaming execs believe one good game could change that.
0
A16z leads Series A funding for game studio Voldex
Crypto-focused investment firm a16z led a Series A investment in the game studio Voldex. The amount wasn't disclosed.
0
Reviews
Reply
Latest
No More
Discover what matters to you
No corresponding news is found