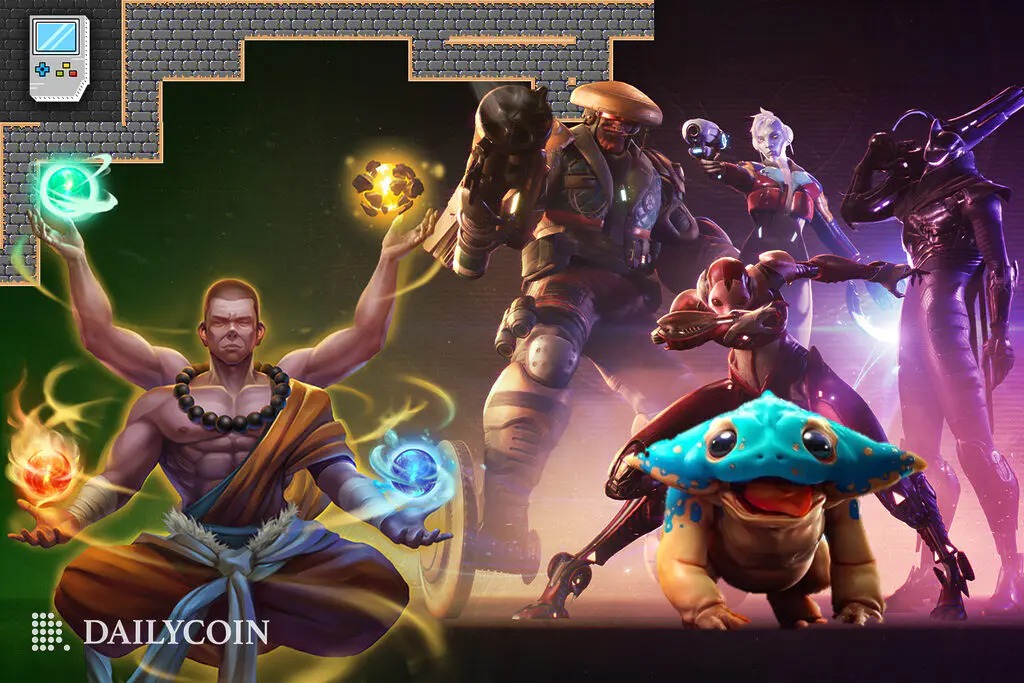 The Polkadot-based launchpad game award event will be the first one of its kind in the Web3 gaming sphere. For the next two weeks, players and users can vote for their favorite Web3 game across 16 categories from various chains on Polkastarter’s gaming platform.

The GAM3 Awards 2022 is part of Polkastarter gaming’s initiative to build the future for Web3 gaming and celebrate upcoming developers in the space. The game launchpad aims to lower the barrier to entering the play-to-earn (P2E)  ecosystem and help transition traditional gamers to Web3 titles.

GAM3 will help Polkastarter establish a sense of authority in the Web3 gaming space, reiterating its support for gaming culture by hosting an event that the community looks forward to. The decentralized launchpad aspires to encourage high-quality products with this awards show.

Polkastarter will stream the awards live on Polkastarter Gaming’s Twitch channel and social media. Winners will be decided and listed on launchpad’s website, and an event recap will be featured on their YouTube channel.

GAM3 Judges, along with the community, will select the best games in the space, distributing over $400,000 in prizes. Founder of Twitch and Fractal Justin Kan, Itai Elizur from Market Across, Urvit Goel from Polygon Studios, Raechel Levin from Immutable X, and Matt Sorg from Solana Foundation are some of the featured judges at the event.

The jury features some of the leading names from Web3 gaming. Jurors will cast their votes based on factors such as:

The People’s Choice, but Mostly the Jury’s

Nominees for the GAM3 awards show were chosen by an international jury of gaming, media, and Web3 outlets. Over 200 select games went through various rounds of confidential, unranked, ballot-based voting processes, filtering down to the top five games across 16 categories.

Here are some of the categories included:

GAM3 will be coupling the community’s voice with its all-star panel. The juror’s votes count for a 90% weight, in contrast to the community’s 10% in the final stage. However, the People’s Choice and Games’ choice awards will have a 100% community voting weight and 100% of game studios’ voting weight, respectively.

The Games’ Choice Awards, People’s Choice Awards, and Game of the Year will be some of the most anticipated categories of the awards show. Gods Unchained, Superior, BigTime, Illuvium, Blankos, Axie Infinity, Cards of Ethernity, Skyweaver, and EV.IO have bagged multiple nominations across different categories.

Illuvium reportedly is the fan-favorite with nominations for Game of the Year, Best Action Game, Best Mobile Game, Best RPG, Best Graphics, and Most Anticipated. BigTime comes close, being nominated in the same amount of categories.

Game Awards Show are met with profound success in the traditional gaming sphere, with award shows like E3, DreamHack, and Golden Joysticks being some of the most watched and anticipated events of the year. Game Award shows have historically been a breeding ground for news, competition, and community events in traditional gaming. The GAM3 Awards show is the first event of its kind in the Web3 gaming space. Holding an event that community members can vote for, anticipate exciting news, and partake in community events could help Polkastarter achieve its vision of redefining and rebuilding the future of Web3 gaming.

Twitter | Telegram | Instagram
Blockchain Games list | NFT Games lists | Crypto Games list | Play to Earn Games List
0
Bookmark
0
Like
Related articles
MIR4 Developer to Build Web3 Games in MetaGravity Metaverse
WEMADE has signed an MOU with MetaGravity to build a unique game experience and platform for people to connect to and enjoy. The alliance plans to bring the vision of Jang Hyun-Guk, CEO of WEMADE, to life.
0
Metacade presale investment rockets past $5 million as GameFi investors hurry to buy remaining MCADE tokens
The Metacade presale is selling out fast with stage 3 coming to a close after just 12 days. The presale of the play-to-earn (P2E) metaverse arcade saw its previous rounds sell out within 4 weeks, raising $2.7 million
0
ImmutableX (IMX) Co-founder Predicts Web3 Game With a Million Players in 2023
Web3 gaming platform ImmutableX is bullish on the gaming industry for the coming year. Furthermore, its IMX token has skyrocketed nearly 30% in a week.
0
Metacade Presale Investment Rockets Past $5 Million As GameFi Investors Hurry To Buy Remaining MCADE Tokens
With incredible momentum already behind the Metacade project, it will not be long before the presale tokens sell out and MCADE is released on exchanges. The token will be listed on both centralized and decentralized exchanges, giving the public a variety of ways to purchase the token.
0
EBay Hiring Multiple Web3 Roles Following NFT Marketplace Acquisition
According to recent LinkedIn job postings, the popular e-commerce site is seeking to bolster its Web3 team to support their NFT marketplace KnownOrigin.
0
Mexico's Atlante FC club will launch its NFT collection
El Atlante is another of the iconic clubs in Mexico that will join the trend of sports NFTs.
0
Club Pumas de México will launch NFT collection
The UNAM Pumas Club joins the limited edition NFT trend.
0
MetaMask launches free Web3 course for Brazilians
The most popular cryptocurrency wallet in the Ethereum ecosystem, MetaMask has launched a Web3 course for Brazilians. For free, all those interested can start learning about what is new on the internet.
0
'Calladita', the Catalan film financed with NFT, awarded at Sundance
'Calladita' marked in 2022 the milestone of becoming the first European film financed exclusively with the sale of its own frames in NFT ("non-fungible token" format) and, now, it has been awarded during this edition of the prestigious Sundance Film Festival.
0
This was the fashion collection in the metaverse presented by Intermoda in Mexico
Mexican designers presented a clothing collection on a catwalk that combined technologies such as augmented reality and the metaverse.
0
Reviews
Reply
Latest
No More
Discover what matters to you
No corresponding news is found