Starting March 1st, daily challenges will no longer require 1,000 stars, but instead use a progressive algorithm to calculate how many stars players must earn based on how far ahead their farm is.

In addition to this update, titled "Dynamic Daily Challenges," Town Star also announced the introduction of a new TOWN power mechanic, improvements to Gala power calculation, and a willingness to restart tournament servers in the coming months.

Typically, monthly tournaments reward the top 400 players with bonuses and/or other prices. This month, Gala Games announced that the first 1,000 players will be rewarded. In addition to expanding rewards, Gala Games confirmed that a Battle Pass is not currently required to earn $TOWN or participate in tournaments. Previously announced in February, the Battle Pass would be released alongside Town Star Season 2 at the end of the Early Access phase.

Perhaps the biggest update is that Town Star will now reward you with $TOWN based on the amount of $TOWN staked in your account, which constitutes your TOWN Power.

If you've played Town Star, you'll notice a lightning bolt with a star in the upper left corner of the avatar graphic. This shows your Gala Power level, which as of now, is determined by the sum of $GALA and $TOWN you hold in your Inventory Treasure Chest using the formula (GALA + (TOWNx2)), which is then applied to the table . 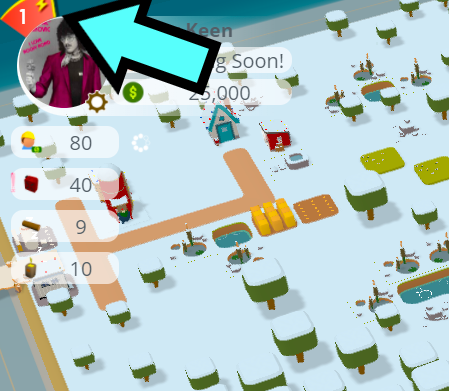 GALA Power controls the number of NFTs you can place in the game. Completing daily tasks requires at least one NFT to earn any rewards. Profitability increases based on the type of NFTs placed and the number of NFTs in the farm. Therefore, holding more $GALA tokens and $TOWN tokens can increase your chances of earning $TOWN in the game by placing more NFTs.

This is a great solution to ensure that the price of $TOWN remains stable and/or grows over time, as most people are now incentivized to hold it rather than sell it.

Town Star also confirmed that they are gradually removing $TOWN from GALA Power calculations. It now has a multiplier of 2, but for the next 90 days it will be 0. This means that holding TOWN will not affect your GALA Power, only the internal economy of Town Star, not the Gala Games ecosystem as a whole.