Why is Solana's Star Atlas so popular? 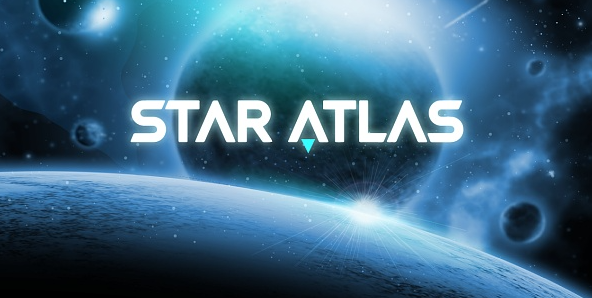 Summary of points: Star Atlas is the first Solana-based AAA-level NFT game, and Star Atlas belongs to the MMORPG track. It will provide an immersive metaverse gaming experience and combine a cinematic-quality gaming experience with earning virtual assets that can be exchanged for real-world currency. The team members behind it have decades of experience in game developers and have participated in the development and production of well-known games and movies. Star Atlas introduces the core of social interaction, policy governance and economic model, and is also the first GameFi IEO project launched by FTX. At present, the game has attracted much attention before it is officially launched, and it is expected to become the Axie Infinity of the Solana chain.

The name of Star Atlas is inspired by the titan Atlas, who carried the burden of the universe (heaven) on one shoulder. The name is also a reference to Ayn Rand's book Atlas Shrugged. Atlas is also defined as a combination or collection of maps. One of the main goals of Star Atlas is to explore, navigate and discover stars and capture this data for other explorers. So, the full meaning of the name represents both the emergence of a new universe (metaverse) and the spirit of exploration of the stars. Star Atlas wants to create a metaverse where players can fully immerse themselves and fulfill their dreams of exploring the ultimate frontier.

Three factions wage a constant war for resources, territory and dominion. Players are free to join one of the parties and contribute to their faction. The player's behavior will directly affect the outcome of this interstellar conflict. By contributing in the game, players can get token rewards. Every asset in the game will be presented in the form of NFT, such as spaceships, crews, components, parts, land, clothing, etc.

Before officially starting to play, you need to prepare a certain amount of SOL and USDC (which can be exchanged for SOL) in order to purchase the resources required by the game on the official website. The game can be divided into the following key points:

New players entering the game select a faction and start the game from the faction's safe zone. Here players can explore all the basic features of the game, leave the safe zone, and battles are allowed between players. If the battle is lost, a certain amount of player assets will be lost.

l Combat and border areas: Players will completely destroy assets through combat, destruction is a permanent event, but only part of the assets will be permanently destroyed.

The ship driven by the player is equipped with weapon tower guns and missiles. When encountering an enemy ship, the player can manually control and target the enemy ship to strike. In the game settings, players can freely choose between two states of battle/defense to indicate whether they want to participate in the battle. When the defense mode is turned on, the player's ship will provide shield protection and a movement speed bonus, so that the player can escape if they are inadvertently attacked. Crew members of different occupations can build ships with different effects, and players can freely make components.

Depending on the size of the ship, it will be divided into seven categories: Beginner, Small, Medium, Large, Head, Commander, and Dreadnought. Each type of warship has a subdivision direction for different classes or attributes. Players can personally drive the spacecraft into space and experience the immersive feeling.

In addition, Star Altas has been upgraded on the traditional Play to Earn, which integrates liquidity staking, mining, and lending. Star Altas will be integrated with Serum DEX. In addition to trading ATLAS and POLIS directly on Serum DEX in the game, players can also use three functions, which will increase profit margins: lending, liquidity mortgage, and liquidity mining . Players can stake the earned ATLAS on Serum DEX to get the handling fee provided by liquidity, and also get the rewards of liquidity mining. The lending function integrates the financial needs of players. For players who need funds temporarily, they can mortgage other cryptocurrencies to Serum DEX and lend ATLAS. Players with idle funds can mortgage to obtain income.

The Star Atlas economy has four unique pillars of assets, all of which are on-chain and can be integrated into the game.

l Land ownership NFT (mainly obtained from the game, land holders must pay LVT tax, the higher the degree of development, the heavier the land tax)

l In-game resources (substitute assets produced by miners and consumed by production, which can be purchased in the market with ATLAS);

ATLAS is the main currency in the Star Atlas metaverse. Before starting, players must purchase ATLAS in the market as an entry fee to obtain game assets such as ships, equipment, and crew in the Star Atlas metaverse, whether through NPCs. Merchants are still direct peer-to-peer transactions, and ATLAS is the main medium of exchange and unit of account for transactions.

The initial supply of ATLAS is 36 billion, and the initial circulation is about 6%  . Except for the allocation of early financing and liquidity mining, the rest of the tokens can only be obtained through in-game activities (the development team retains 5% of the share). The total amount of ATLAS is not constant. It will be inflated to match the growth of the in-game economic scale. Its minting and destruction will be completely based on the growth of the number of game users, and the supply chain also wants to match the number of players. This can keep in-game assets at a reasonable level to create a friendly environment for new players, and ATLAS will also be the main token in the NFT market.

Since ATLAS is essentially the "currency" in the game, it is designed to be issued with a flexible inflation target (initial design) after the 8th year to prevent deflation. ATLAS token issuance will follow three phases:

1. Centralization stage. The development team adjusts the inflation rate directly, using the developer's DAO vote (as described in the DAO section) to modify the multiplier for each type of in-game reward. The purpose is to lower the barrier to entry for the game.

2. Decentralized governance stage. The inflation rate is still based on modifying the reward multiplier, but developer voting rights are phased out and DAOs are in control.

3. Decentralization stage. The macroeconomic indicators of the game and the algorithm stability model of the external token market replace the centralized issuance method, and the market adjusts the reward and destruction. The specific unlocking situation of ATLAS is shown in the following figure: 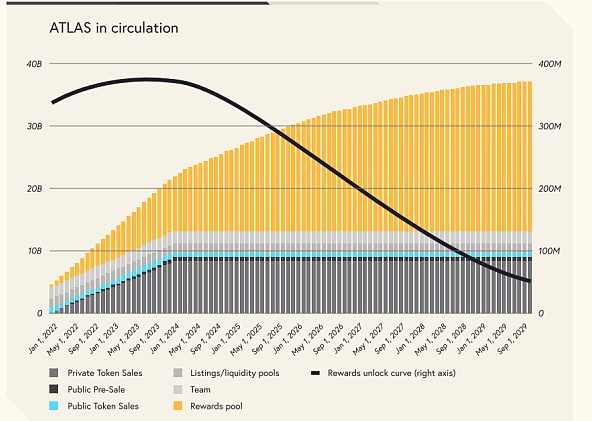 At present, the number of ATLAS holders is 98,539, and the game tokens have not yet begun to circulate widely, and the top ten holdings have a high proportion.

POLIS is Star Atlas' governance token with a fixed total supply of 360 million. Its governance rights are mainly divided into two aspects: "in-game" and "out-of-game". In the game, POLIS is equivalent to the player's political power, and can set laws, taxes, fees and other norms for in-game activities in the form of decentralized governance. Outside the game, POLIS holders can participate in the design and development of the entire game, such as deciding the development direction of the game, monetary policy (ATLAS inflation rate), and the release schedule of new game assets.

The initial circulation of POLIS tokens is about 21.6 million, and it is expected to take eight years to reach full circulation. POLIS can be obtained through:

2) Purchase in the secondary market.

3) Complete specific tasks in the game.

4) Rewards for old players: recruit new players and meet the time requirement; establish a guild; the guild or alliance will reward users according to user participation, game duration and other indicators.

6) Provide liquidity and get it as a liquidity reward.

At present, the number of POLIS holders is 39,340, and the proportion of top holders is also very high, and it has not officially begun to circulate.

The first version of Star Atlas is expected to be launched in the second quarter of 2022. At present, the game has not been officially launched. The development of the game is divided into five stages.

The project team will first put some of the in-game assets on OpenSea for sale, and the assets you buy will be used in the second stage. At the same time, your assets can also be transferred to the Solana chain through the Solana-Ethereum bridge.

Web minigames are Star Atlas' minimum viable products, where players and collectors can use or trade game assets. At present, some playable mini-games have been displayed on the official website, which can realize pledge mining and so on.

In this mode, players can view their in-game assets and use those assets in the selected faction's Dockyard.

Star Atlas will be developed at this stage, and all assets purchased by players can be used in the game.

The project team will continue to develop new expansion pieces and create more game assets. Players can also trade these assets, and the project party will charge a fee from the transaction. Players can bid on relevant game assets in the game, similar to a blind box, and you won't know what kind of assets you can get until the auction is successful.

Star Atlas chose Solana Chain for several key reasons, Solana's blockchain has extremely high transaction throughput, up to 50,000 transactions per second, Solana is highly scalable, low latency, and low transaction costs (fee per transaction $0.0001). All of these factors are critical for developing an equivalent specification game built entirely on the blockchain. As can be seen intuitively from the figure below, the data on the Solana chain is superior to other chains. The development team members behind Star Atlas have decades of experience in game development, having worked on games such as Star Citizen, Horizon: Expect Dawn, The Sims Series, Ultima Online, and Marvel Captain", "X-Men: Dark Phoenix", "Superman Rising", "Spider-Man: Away From Home" and other film productions.

As of January 11, 2022, the Star Atlas project has a below-average security score of 4.17, according to cryptocurrency research and data site isThisCoinaScam. The data shows that Star Atlas has a high score of 7.33 out of 10 for sentiment, but a 0 for development. The score is based on the site's combined scores from research on social media platforms like Reddit, Twitter, and others. 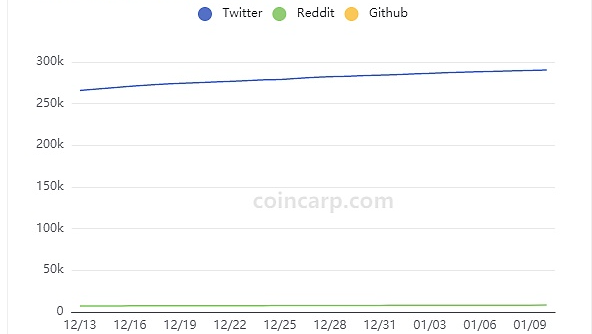 Many celebrities and well-known KOLs hold and are optimistic about Star Atlas for a long time, including the music duo BASSJACKERS, The Wolf Of All Streets, etc. Long-term development is a must in game masterpieces, but in the world of blockchain, perhaps the market will not have so much patience. At present, the market sentiment for Star Atlas has been high, but the development progress is very slow. It will take 5 to 8 years for the real game to go online, and it needs to pass the test of time.

Overall, Star Atlas is an exciting blockchain game that is favored by many investors and has a very ambitious vision. However, Star Atlas is still in a very early stage, and the launch of the mini-game has also been delayed, and the launch time of the official game is to be determined. Whether the long development cycle can adapt to the rapid development of the blockchain industry still needs time to test. If Star Atlas succeeds, it may become a turning point in the blockchain game field, and even bring a revolutionary impact to the global game industry.

All articles of Hoo Research do not constitute investment recommendations. Investment is risky, and personal risk tolerance must be considered. It is recommended to conduct in-depth research on the project and make your own investment decisions carefully.