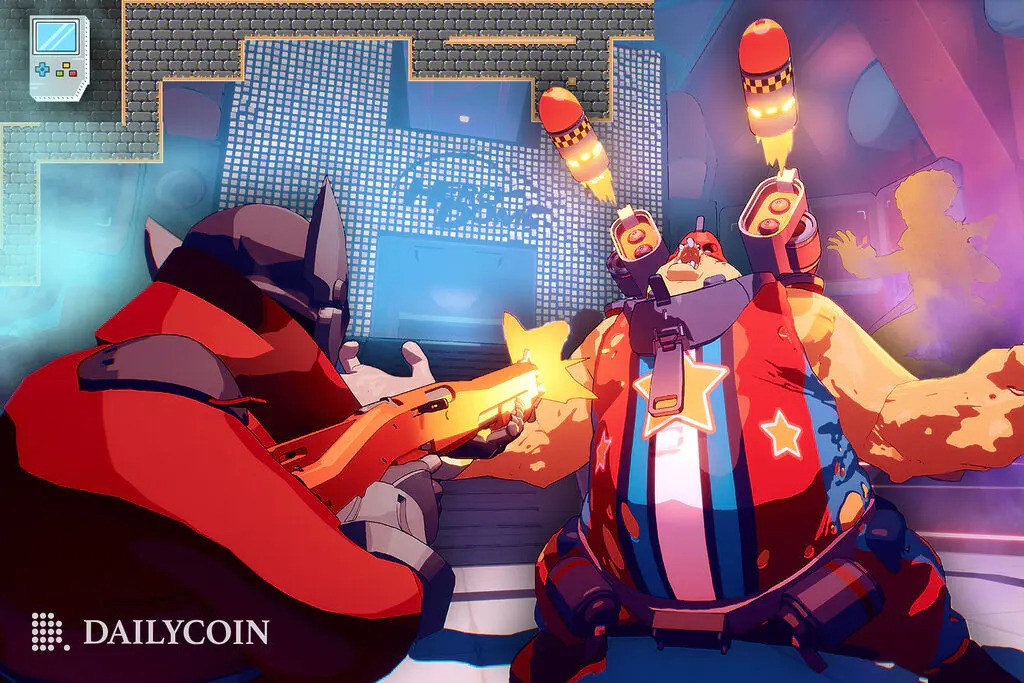 Gala Games’ highly anticipated co-op shooter, Superior, is up for grabs as an ‘early access’ game on Steam, one of the world’s leading video game distribution services. Unlike previous playtests, players can now buy the game on the Steam store and gain immediate access to download and play.

Gala Games’ Steam launch aims to allure the platform’s 120 million active users and established community of gamers with a competitive co-op shooter. While Gala Games’ Steam edition may not support NFTs, players can still cross-play with other users.

Gala Games’ flagship shooter will be available as an early access game on Steam starting November 16th. The studio has said the game will be completely playable, and no reset will occur before the full-scale, open launch. In a recent blog post, the studio later added that they would remove essential elements of the Web 3.0 game from the Steam version, such as support for NFTs and blockchain technology.

It’s therefore important to note that while no reset may occur before the public launch, Gala launcher, Gala Games’ native game launcher, will not sync with the Steam version.

The game developer later added that the characters on each of these accounts would remain separate despite players being able to participate in cross-play co-op. However, in a previous blog post, the game studio hinted at the possible migration of players from Steam to the native launcher.

In other news, the blockchain gaming leader has also launched limited access to the game in tandem with the Steam launch. Starting November 16th, Gala Games will give access to a group of select players on the native game launcher as a gesture of appreciation. Accounts with either an Early Access Pass or Prime Character (Ronin Prime, Nomad Prime, or Murmur Prime) can apply to gain access to the game on the Gala launcher.

Superior is one of the most professional AAA-caliber blockchain games yet. The game leverages critical elements of arcade strategy shooter games, which appeal to millions of users in the traditional gaming sphere. Launching Superior on Steam is a big step for Gala Games, considering the platform maintains 30 million players on average every day. However, Gala Games’ decision to put an early access version of the game behind a paywall may seem questionable, considering some of the best shooters are free. Moreover, the cost of Prime Character NFTs makes an unconvincing argument for traditional players to play the game.

Twitter | Telegram | Instagram
Blockchain Games list | NFT Games lists | Crypto Games list | Play to Earn Games List
0
Bookmark
0
Like
Related articles
Best GameFi projects that can rise in December
The blockchain gaming space has seen numerous investments. Game7 launched a $100 million program dedicated to accelerating Web3 gaming on November 28, 2022.
0
HitBox Games raises $1.6M for hack’n’slash Web3 game Swords of Blood
Swords of Blood is the Web3 expansion of a previously successful Web2 game, Blade Bound. Swords of Blood intends to combine both Web2 and Web3 in a seamless way.
0
Animoca and GameFi Ventures Lead Wanderers’ $2 Million Seed Funding Round
They aim to release a game and expand their music and entertainment IP.
0
Play Casual Games, Win NFTs: Burn Ghost Raises $3.1M for Gaming Platform
The startup seeks to expand Web3 adoption via easy-to-play games that reward winners with NFT collectibles.
0
GameFi cryptos will be the next to explode— here is why!
The growth of the GameFi industry has produced innumerable gaming crypto projects that have quadrupled the chances of acquiring massive rewards in the ecosystem. Unlike their forebears, these new gaming crypto projects assert that players can indulge in pleasure while still making profits.
0
Aeria Studio Canada partners with Ready Games to bring Web3 titles to Android
Aeria Games is joining the push to Web3 and making these titles more accessible by re-releasing them on the Android mobile operating system.
0
Polkastarter to Host Web 3.0 Game Awards Show, Nominates Over 200 Games
Web3 Gaming Launchpad Polkastarter Gaming has announced it is holding its first annual game awards show, GAM3, on December 15th.
0
The Sandbox opens new virtual neighbourhoods with 14 major brand partners with three LAND sales
LAND owners in any one of these neighbourhoods will have the power to create new gaming experiences centred around three new themes.
0
Web3 Gaming Sucks: The Struggle With User Experience
Judging by Reddit’s success, conversion to Web3 gaming by stealth may be the best path to adoption.
0
Game7 launches $100M grant program to accelerate Web3 gaming
The program will enable developers to build tools, create education programs, host events, and perform research to make the Web3 video game industry more diverse and accessible.
0