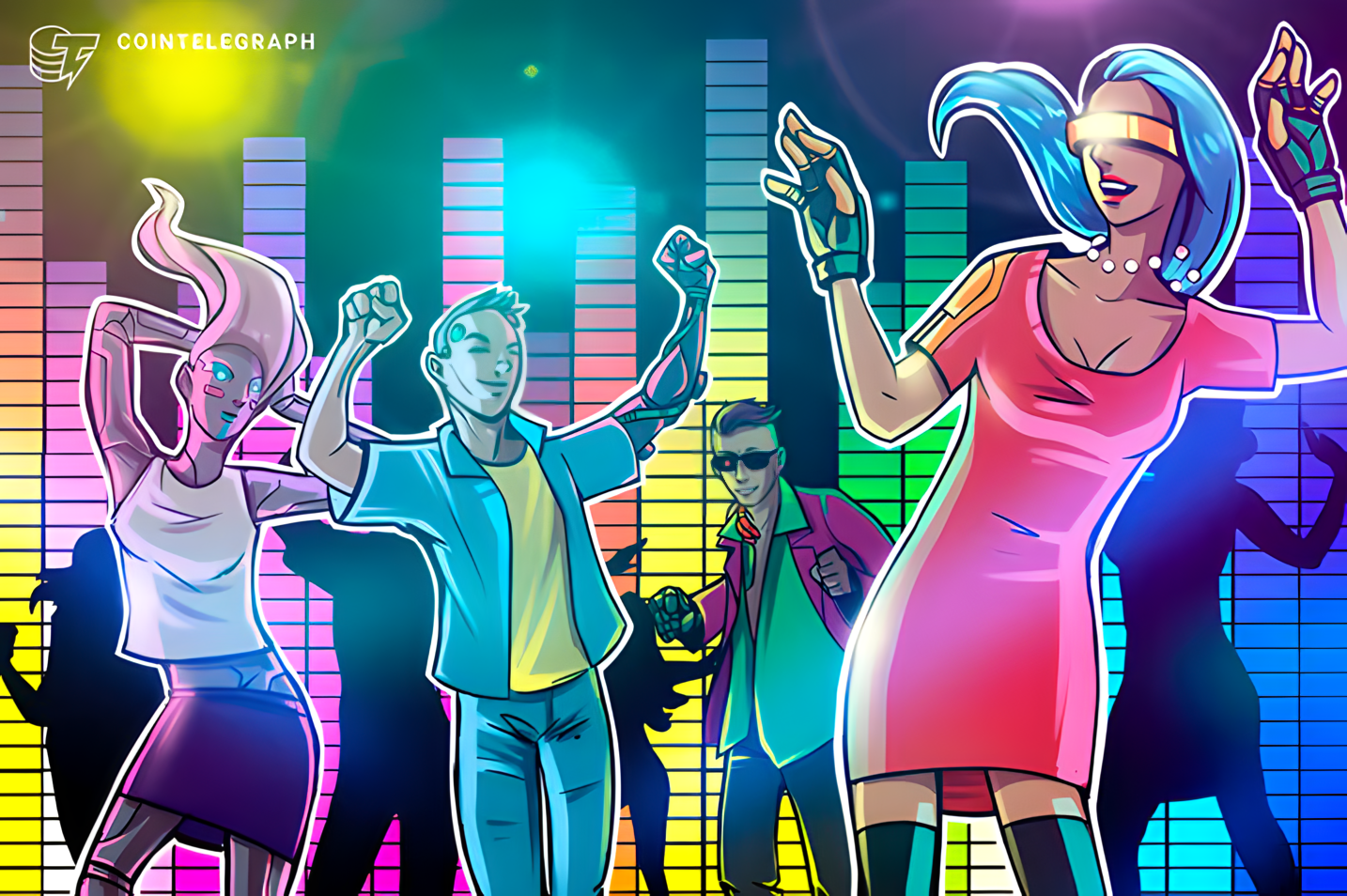 The collection  Brazilian  de  NFTs  CryptoRastas announced the launch of its music label on Monday (16), CryptoRastas Music Label. The first song from the label to be made available as NFT, is scheduled for release on January 27, at 2:20 pm in New York and 6:20 pm in Brasilia, and will be titled “Welcome to  Crypto ”.

The song is already known by members of the CryptoRastas community, as it is considered the theme song of the ecosystem. CryptoRastas creator Marcus Menezes, better known as Marcus MPC, shared more details of the collection with Cointelegraph Brasil.

At first, there will be 100 NFTs with the song, whose starting price is 0.05 ETH. First, only holders of NFTs from the CryptoRastas collection will be able to purchase the Welcome to Crypto song in its tokenized version. After a week, if the NFTs have not sold out, the sale will be open to the public.

The inspiration behind the creation of the CryptoRastas Music Label comes from the habit of collecting music on physical media, such as vinyl, CDs and cassette tapes, stresses the label's press release.

“When you buy rare vinyl, it's not just for the music. It is also due to immaterial elements that involve it, such as its rarity, its release date, the cover art, if it is original. The label's idea is to bring this pleasure of collecting music to the digital medium”, says Marcus MPC. The intention, he adds, is to resume the feeling of owning a disc.

Former Bolsonaro and Queiroz lawyer is linked to the cybersecurity of the STJ, which was hacked this week

The sector of NFTs linked to music productions has grown, especially due to the ability to generate greater revenue for artists. The famous DJ Steve Aoki  said , in early 2022, that he made more money selling NFTs related to his works than from music royalties.

For the CryptoRastas Music Label, however, this is not the main objective. “Many music NFT projects focus on utilities and profit generation, such as distributing a percentage of royalties from streaming or publishing. But, in our view, this ties these projects too closely to the traditional music market”, comments Marcus MPC in the press release.

The creator of CryptoRastas adds that this model, for the most part, does not work for underground artists. The focus of the label is the direct relationship between artists and their true fans.

In addition to creating a bond between artists and fans, and resuming the practice of collecting musical works, sales of the CryptoRastas Music Label also aim to strengthen the community. In the announcement of the seal, it was revealed that 50% of the sales value of the first 100 NFTs will be destined to the DAO of the ecosystem. The members, through a vote, will be able to decide what to do with the values.

For the next collections of musical NFTs, at least 5% of sales will go to the same destination. In addition, now in an interview with Cointelegraph Brasil, Marcus MPC confirmed that the distribution model of the next collections will continue to make the songs available first to NFT holders of the CryptoRastas collection.

Still on the label's upcoming releases, the participation of reggae veterans such as Ranking Joe and Cedric Myton from The Congos, and Grammy nominees Jesse Royal, Etana and Kabaka Pyramid, have already been announced.

In addition to established names, the CryptoRastas Music Label will make room for new talents to demonstrate their potential, says Marcus MPC. “We have plans to receive participation from other artists. Just like the ArtBlocks collection, there will be a collection curated by CryptoRastas, and another open, with more artists”, concludes Marcus.

Twitter | Telegram | Instagram
Blockchain Games list | NFT Games lists | Crypto Games list | Play to Earn Games List
0
Bookmark
0
Like
Related articles
Tero Labs launches NFT platform for redeeming exclusive items from the Rough Diamonds collection
The NFT is part of the “Rough Diamonds” project, launched in June last year by the startup Tero Labs whose proposal is to support the career of young prospects from the Brazilian Football Team to long-tail NFTs.
0
The court for stopping P2E games... NFT is also interpreted as a 'gift'
The domestic service of 'Play to One (P2E)' games, which make money while enjoying games, was eventually put on hold by the court.
0
Evacuees from Ukraine to Japan held a seminar on the creation of NFT
One of the private organizations that provides support to the evacuees held a seminar on collectible tokens, or NFTs, on Monday. The event took place as part of an effort to help Ukrainians find work in Japan.
0
Celeb Play, webtoon-based NFT 1st minting complete
NERDiMODi GENESIS NFT is a project that NFTs the characters of 'NERDiMODi', a webtoon IP owned by CELUVPLAY.
0
ATMs in the metaverse: Banco24Horas' commitment to continue innovating
Controller of the Banco24Horas network, Tecban installs dozens of ATMs in the GTA Roleplay metaverse
0
Brazilian startup fights fake profiles through NFTs
Verifygram, a Brazilian startup created by personalities from the national crypto community, offers a new solution to the problem of fake profiles on social networks.
0
Doodles 2 Beta Sidesteps Ethereum, Plans to Launch on Flow Blockchain
Doodles LLC plans to roll out two creator tools for its Doodles 2 collection in the next five weeks.
0
Marvel Iron Man Artist Sean Chen: Web3 Is a ‘Paradigm Shift’ for Comic Creators
After a prolific career as a comic book artist for Marvel, DC Comics, and Valiant, Sean Chen shares why he left to create his own series in Web3.
0
Former NFL Legend to Start Offering NFT-focused Goods
Marshawn Lynch, a former American National Football League (NFL) legend, has filed an application to trademark the term “Beastmode” with intentions to provide NFT-authenticated goods and digital collectibles under the brand.
0
Nike. SWOOSH Web3 Studio Kicks Off with Polygon NFTs
We believe that the combination of Polygon's fast and affordable transactions, and our expertise in shoe design and manufacturing, will create a unique and innovative experience for our customers.
0
Reviews
Reply
Latest
No More
Discover what matters to you
No corresponding news is found