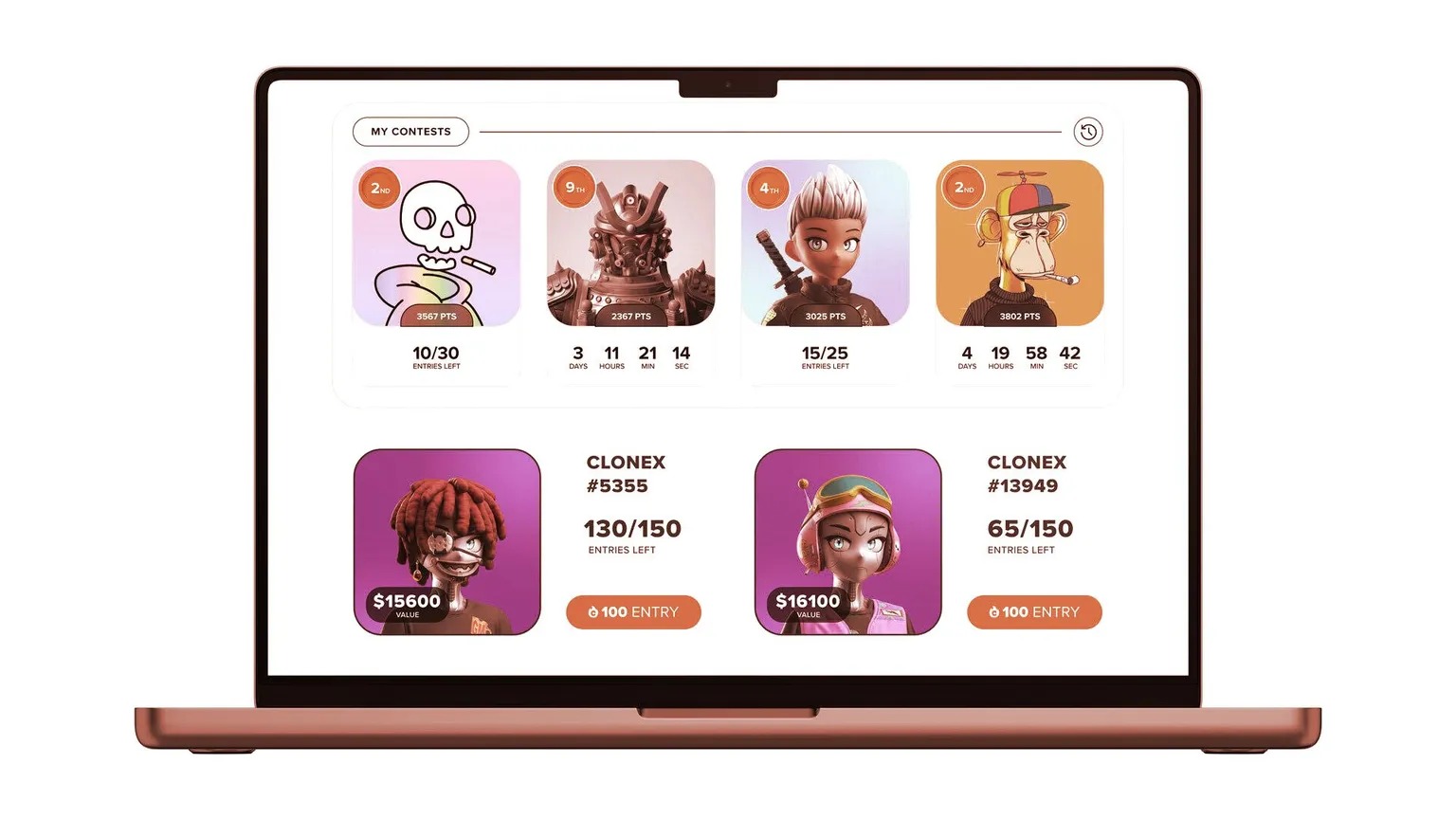 As NFTs have taken hold, a growing number of games are using crypto assets for interactive in-game items, as well as tokenized economies. But a new startup is taking a different route in the space: a casual gaming platform in which NFTs are the prizes.

That’s what Burn Ghost is building, and the company revealed exclusively to Decrypt today that it has raised $3.1 million in funding to realize its vision.

The seed round, which was completed in April, was co-led by Drive by DraftKings and gaming-centric fund Bitkraft Ventures, with participation from Pillar VC as well.

Rather than develop complex, robust games built around NFTs—which have rubbed some gamers the wrong way—Burn Ghost will focus on simple, approachable casual games that have a skill component to them. CEO and co-founder Steve Curran told Decrypt that trivia experiences will be among the first original games on the web-based platform.

“We feel like we've cracked the code on making it accessible to anybody, so that it's not just the Ken Jennings of the world that are going to play this and be good at it,” he said.

Burn Ghost’s games will reward top finishers with NFTs, including some that the company has acquired as well as those sourced through partnerships with NFT creators. Players will pay an entry fee to play the games that offer up NFT prizes, although they can also earn credits by playing other fully free-to-play games on the platform.

The entry fees will initially be paid via crypto, but the platform will expand to accept fiat payments as well. Additionally, Burn Ghost may charge placement fees for projects that want to put their NFTs in front of players, with the platform potentially serving as a marketing outlet for creators seeking to reach a broader audience.

An NFT is a blockchain token that represents ownership in a unique item, including things like profile pictures (PFPs), collectibles, and artwork. The NFT market surged to $25 billion in trading volume last year, but has seen declining momentum in recent months amid a wider crypto market cold spell.

Burn Ghost is set to open up to the public in the first quarter of 2023, although Curran said that the platform will open up to more and more players on the waiting list in the meantime. Additional games beyond trivia will come from the arcade and action genres, for example, with reward NFTs coming from Ethereum as well as other blockchains.

The startup has already launched one standalone game as both a teaser of its plans and a topical head-turner: FTX Game, a comedic “endless runner” game in which players guide a character through environments inspired by the recent collapse of crypto exchange FTX. Curran described it as “​​a bit of schadenfreude about the FTX story.”

As the NFT industry grew, they saw an opportunity to tap into “entertainment commerce,” as Curran told Decrypt: a blend of gaming, rewards, and marketing that lets consumers have fun while also serving brands and projects in the process. The co-founders see it as a potentially significant on-ramp for Web3 adoption as well.

“It's always a surprise to a lot of people that a majority of gamers in the world are female, and casual games are more of the type of games that they play,” said Curran. “Our goal is to be an on-ramp for a wide variety of non-crypto players.”

Twitter | Telegram | Instagram
Blockchain Games list | NFT Games lists | Crypto Games list | Play to Earn Games List
0
Bookmark
0
Like
Related articles
Memeland Giant 9GAG Goes On $1.3M Bored Ape NFT Buying Spree
The 9GAG social media platform from Memeland has been loading up on high-priced Bored Ape Yacht Club (BAYC) nonfungible tokens (NFTs).
0
Polygon x Nat Geo 1888 ‘GM’ NFT Collection Enters Secondary Market
In commemorating its 135th anniversary, National Geographic partnered with Polygon on Wednesday to release a super rare photograph NFT collection titled “Good morning: Daybreak around the world” or ‘GM’ for short.
0
My NFT Wars Raises $2M in Funding
Social Discovery Group, a global tech company combining more than 40 brands, an investment fund, and a venture studio, has joined crypto collectible game developers Blockchain Cuties Universe and iLogos Game Studios as a lead private round investor.
0
Why Is Polygon (MATIC) Outpacing Ethereum in NFT Sales?
Polygon (MATIC) has had a good run on the cryptocurrency market with network upgrades such as improvements in its staking and gas rates.
0
OpenSea Unveils New Suite of Tools for NFT Creators
On February 2nd, 2023, leading NFT marketplace OpenSea announced its next phase of Drops for NFT projects launching on the platform.
0
MIR4 Developer to Build Web3 Games in MetaGravity Metaverse
WEMADE has signed an MOU with MetaGravity to build a unique game experience and platform for people to connect to and enjoy. The alliance plans to bring the vision of Jang Hyun-Guk, CEO of WEMADE, to life.
0
ImmutableX (IMX) Co-founder Predicts Web3 Game With a Million Players in 2023
Web3 gaming platform ImmutableX is bullish on the gaming industry for the coming year. Furthermore, its IMX token has skyrocketed nearly 30% in a week.
0
Neon Link Announces Limited Presale Of The $NEON Token That Will Power A Thousand Blockchain Games
The $NEON pre-sale is only one side of the coin distribution – soon after that, the Neon Link public sales will follow.
0
LG to Launch Collaborative NFT Collection with Barry X Ball at LA Art Exhibition
Launching on February 16, LG Art Lab, LG Electronics’ native NFT art app featured on its new WebOS 5.0 TVs, is releasing a set of new artwork to be showcased at Frieze Los Angeles 2023. The artworks will highlight the artist’s in-process sculptures of Pope John Paul II.
0
Oscar-Winning Anthony Hopkins Composes Piano Music for His NFT Buyers
In a recently published tweet, legendary Oscar-winning Anthony Hopkins shared a video of himself playing the piano. He confessed that he had been working on that piece of music for the past few years. He has dubbed it "Eternal."
0
Reviews
Reply
Latest
No More
Discover what matters to you
No corresponding news is found