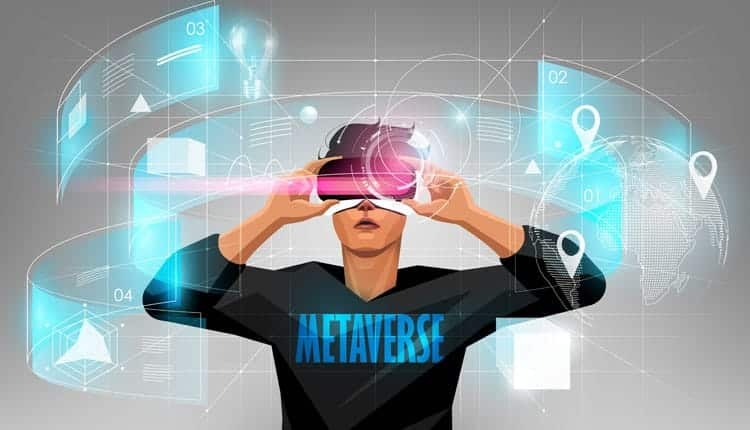 Japanese tech giant Sony is taking a fresh bet in the Metaverse space with its latest gadget in the market. Sony has unveiled a new set of wearable motion trackers designed to bring users into the Metaverse on their smartphones.

These motion trackers work with both Android phones and Apple iPhones. Dubbed the Mocopi system, it consists of six pucks worn around the users’ ankles, wrists, head, and hips. These sensors will work to animate avatars inside Sony’s Metaverse apps on Android and iOS.

Sony said that it would introduce its Mocopi kits to users in January 2023 at an affordable price of 49,500 yen ($360). This would be a big bet for Sony’s venture into the virtual reality and augmented reality space.

As we know, Facebook-parent Meta is also working on a similar VR-based Metaverse experience. Being early into this game would also give Sony a potential edge over its competitors.

Getting Metaverse to Mainstream Audiences

So far, the VR applications and the Metaverse have failed to break through to the mainstream audience. The reason behind this is that the cost of the hardware has served as a barrier to entry.

With its affordable wearables, Sony is looking to create a breakthrough while simultaneously making a space for itself in the global gaming and peripherals market. We at CoinGape recently published a detailed blog post on how users can gain access to the rapidly emerging Metaverse space.

With its software development talent and its very popular PlayStation brand, Sony is further looking to ride onto this Metaverse trend. The Tokyo-based tech giant is ready to make a push in its gaming empire moving ahead of the conventional strength of console games. These affordable peripherals for mobile gaming and PC can help Sony achieve its target.

Earlier this year, Sony announced its partnership with Theta Network to test 3d NFTs for its Spatial Reality Display on the ThetaDrop.

Twitter | Telegram | Instagram
Blockchain Games list | NFT Games lists | Crypto Games list | Play to Earn Games List
0
Bookmark
0
Like
Related articles
Memeland Giant 9GAG Goes On $1.3M Bored Ape NFT Buying Spree
The 9GAG social media platform from Memeland has been loading up on high-priced Bored Ape Yacht Club (BAYC) nonfungible tokens (NFTs).
0
OpenSea Unveils New Suite of Tools for NFT Creators
On February 2nd, 2023, leading NFT marketplace OpenSea announced its next phase of Drops for NFT projects launching on the platform.
0
MIR4 Developer to Build Web3 Games in MetaGravity Metaverse
WEMADE has signed an MOU with MetaGravity to build a unique game experience and platform for people to connect to and enjoy. The alliance plans to bring the vision of Jang Hyun-Guk, CEO of WEMADE, to life.
0
LG to Launch Collaborative NFT Collection with Barry X Ball at LA Art Exhibition
Launching on February 16, LG Art Lab, LG Electronics’ native NFT art app featured on its new WebOS 5.0 TVs, is releasing a set of new artwork to be showcased at Frieze Los Angeles 2023. The artworks will highlight the artist’s in-process sculptures of Pope John Paul II.
0
Ticiane Pinheiro creates Brazil's first virtual journalist in Metaverso
2023 arrived with a lot of news for Ticiane Pinheiro. The presenter of 'Hoje em Dia' has just launched into the Metaverse. While many virtual influencers are characters that could only have been born in the imagination, Ticiane developed a storytelling so that her virtual influencer goes beyond all borders.
0
MTS will create its own metaverse for $100 million
It became known that the mobile operator MTS intends to invest $100 million in the creation of its own metaverse - a virtual environment that will be used to promote its own and partner products. Writes about this "Kommersant" with reference to the data provided by the company.
0
This was the fashion collection in the metaverse presented by Intermoda in Mexico
Mexican designers presented a clothing collection on a catwalk that combined technologies such as augmented reality and the metaverse.
0
Brazilian university launches graduation in the metaverse and attracts influencers
Last Friday (27), the Pontifical Catholic University of Paraná (PUCPR) announced the launch of a new Brazilian higher education course designed to be taught in the metaverse.
0
NFT Sales Jump 38% in January as Bored Apes Drive Trading Surge
The NFT market shows signs of life amid rising crypto prices, with the Bored Ape Yacht Club leading the charge.
0
Rally Digital Creator Platform Terminates NFT Sidechain
Social token-focused project Rally has shut down its Ethereum NFT sidechain. The team cited the bear market, or “macro headwinds,” as the reason behind the shutdown.
0
Reviews
Reply
Latest
No More
Discover what matters to you
No corresponding news is found