Can Starbucks Bring Web3 Into the Mainstream? 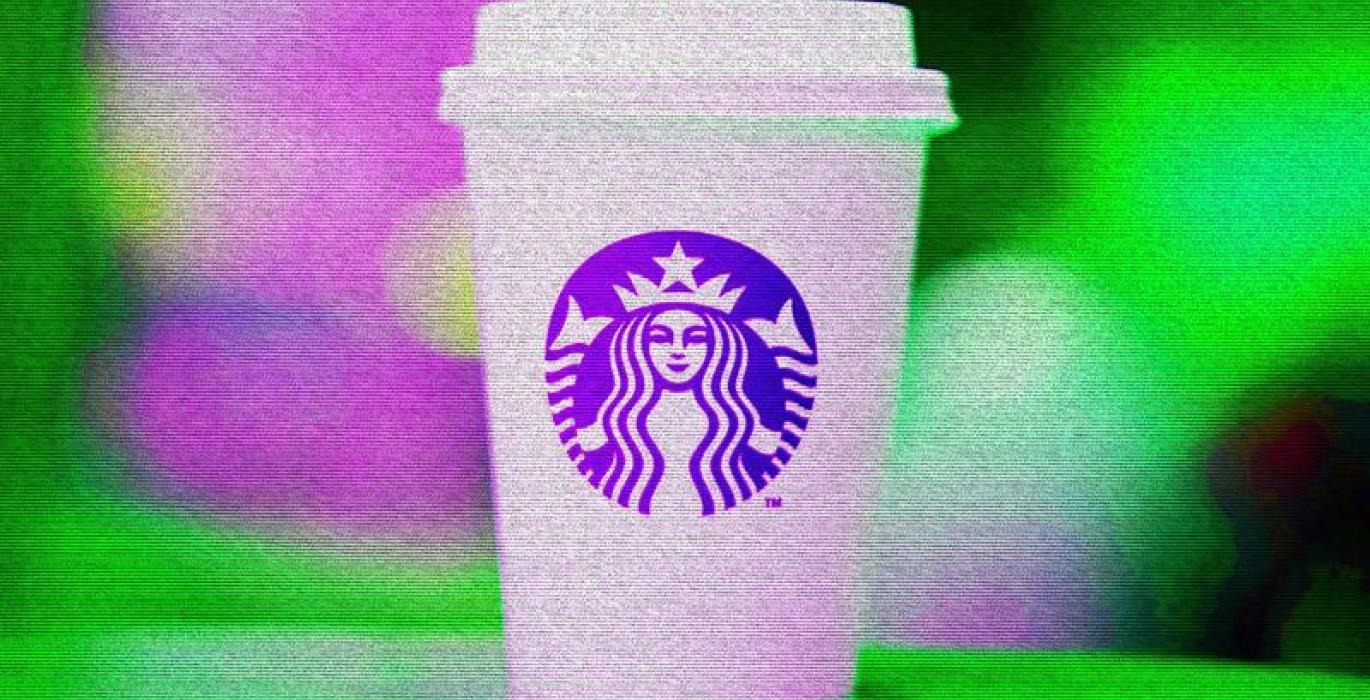 For companies looking to dip a toe into Web3 – or take a cannonball plunge – it can be difficult to know where to start. Underlying technologies such as protocols, wallets and exchanges are still nascent compared with existing financial systems. New types of tokens are introduced on a seemingly daily basis. Web3 adoption has spiked over the past few years, but is still far behind the ubiquity of Web2. The industry has a long way to go to match the functionality of current systems, particularly for consumer purchases in developed economies with stable currencies. How long will it be until using crypto for a standard consumer purchase, such as buying a cup of coffee, is a joy rather than a gimmick?

Enter Starbucks. The launch of its new non-fungible token (NFT)-based reward program, Starbucks Odyssey, may bring us one step closer to making this a reality, or at least provide some suggestions of which direction to head in.

Stephanie Hurder is a founding economist at Prysm Group and an academic contributor to the World Economic Forum. Prysm Group Associate Brian Perry-Carrera also contributed to this column.

Based on recent announcements, the program is very much still a work in progress, and the full details have yet to be revealed. But from what we know so far, Starbucks has made some promising decisions that can serve as guidance for other corporate Web3 initiatives.

First, Starbucks Odyssey is additive, not substitutive. Starbucks’ current reward program is arguably the most successful loyalty program in the world, with nearly 60 million rewards customers globally and 30 million in the U.S. alone. The loyalty program drives approximately 50% of all Starbucks revenue through incentivizing repeat business, upselling, and customer personalization. It would be quite a leap of faith for Starbucks to discard its wildly successful traditional rewards program and replace it with a Web3-based program, given the newness of the technology and the uncertain success of an NFT-based program. By making Starbucks Odyssey an optional, additional rewards program the firm is able to build on the existing program with complementary products, yet minimize risk to the cash cow, allowing for greater flexibility in the future should the dynamics around Web3 technology change.

Second, the program is an organic fit with key demographics. Starbucks’ largest customer segment is millennials between the ages of 25 to 40 – comprising 50% of the company’s business – with young adults ages 18 to 24 just behind. As the Starbucks brand matures and faces challenges such as labor disputes, rising supply chain costs and labor shortages, growing and retaining this customer base will be increasingly important.

NFTs, while still a very new technology, appeal to this target user base. The Gen Z demographic has the most investment experience and general interest in NFTs. The second-largest demographic of those invested or interested in NFTs are millennials, which, again, bodes well for Starbucks’ key consumer segments.

Third, all indications are that Starbucks will be using top-tier user interface/user experience (UI/UX) design to bridge the gap between NFT/blockchain natives and novices. Starbucks has seen tremendous success with its Mobile Order and Pay functionality, in part due to its seamless UI/UX design. For the development of the Odyssey reward program, Starbucks has partnered with Forum3, led by co-founder Adam Brotman. Prior to co-founding the Web3 loyalty startup, Brotman was the chief digital officer at Starbucks who helped lead the design of the Mobile Order and Pay system. Based on this, it seems fair to assume that Starbucks Odyssey will aim to replicate the seamless experience that customers enjoy today.

Ironically, this may involve hiding many of the characteristics distinctive of Web3, at least in the short to medium term. Executive Vice President and Chief Marketing Officer Brady Brewer went as far to say: “It happens to be built on blockchain and Web3 technologies, but the customer – to be honest – may very well not even know that what they’re doing is interacting with blockchain technology.”

Starbucks Odyssey seems like a promising implementation of Web3 technology for today’s environment. However, harnessing the full potential of Web3 will require some difficult design decisions. Here are just a few that we anticipate:

Managing the impact of speculation: Starbucks announced it plans to allow NFT holders to trade them in peer-to-peer (P2P) marketplaces. As the gaming industry has learned, peer-to-peer trading of NFTs invites speculators, whose presence fundamentally alters the experience of organic users, often in a detrimental way. Starbucks will need to design marketplaces and other mechanisms to mitigate the impact of speculation and ensure the rewards program continues to provide the desired incentives.

Fully harnessing underlying Web3 technology: Web3 technology – and in particular blockchain – benefits users by providing them with enhanced control of their assets. Fully harnessing these benefits requires users to have some interaction with the underlying technology, which the current Odyssey design explicitly does not do. How Starbucks will manage users’ requests for features such as self-custody – and whether users will want such features in the first place – remains to be seen.

Launching in-demand NFTs and achieving profitability: There’s no doubt that being a leading company engaging with Web3 will provide publicity benefits to Starbucks. And certainly many consumers will be happy to receive free NFTs. But Starbucks will surely want to achieve more than this – to go beyond marketing expense and establish a profitable endeavor that generates direct and indirect revenues.

The market has shown that just because there is an NFT does not mean that consumers are interested in paying for it. Starbucks faces a daunting challenge to design digital rewards that are interesting enough to its customers, particularly its Gen Z demographic, to form the basis of an effective rewards program and attract ongoing revenue streams. Achieving one or both is necessary to make this program more than just a one-off fad until the next emerging technology appears.

While it’s unclear how Starbucks will tackle these obstacles, Starbucks Odyssey will nevertheless serve as a fascinating and highly informative test case for corporate implementation of Web3. Most interestingly, it provides a test of the adoption potential and limits for Web3. Given the ultimate consumer-focused company is at the helm, will we see Starbucks finally make Web3 mainstream?

Twitter | Telegram | Instagram
Blockchain Games list | NFT Games lists | Crypto Games list | Play to Earn Games List
0
Bookmark
0
Like
Related articles
BNB Chain NFT Support Added to OpenSea
OpenSea – the world’s largest NFT marketplace – is bringing NFTs based on BNB Chain to its platform.
0
OpenSea CEO: FTX Fallout Is ‘Opportunity’ to Refocus on Trust
The NFT marketplace head points to the benefits of decentralization and talks about creator royalties in the Solana NFT market.
0
Play Casual Games, Win NFTs: Burn Ghost Raises $3.1M for Gaming Platform
The startup seeks to expand Web3 adoption via easy-to-play games that reward winners with NFT collectibles.
0
Aeria Studio Canada partners with Ready Games to bring Web3 titles to Android
Aeria Games is joining the push to Web3 and making these titles more accessible by re-releasing them on the Android mobile operating system.
0
ApeCoin Up 31% as Staking Nears, Bored Ape NFT Prices Rebound
The Ethereum-based token is surging following the release of final staking details and the official ApeCoin NFT marketplace rollout.
0
Brazilian collection NFT selected for Art Basel Miami
The event received over 70 entries from non-fungible token (NFT) projects. 17 winners were chosen, including the Women Force NFT, which will have a collectible with only one minted version and which, for now, will not be for sale.
0
Ronaldinho Gaúcho launches NFTs to offset carbon emissions for going to the Cup
Tokens created by British-Brazilian startup are linked to trading carbon credits for shares in the Amazon
0
Despite the NFT implosion, artists still believe
And despite the fall in crypto prices, some artists say they still haven’t found any other income streams as valuable as NFTs.
0
China’s NFT Market Regulations Are Taking Off
Despite the ban, China ranks 10th in the world for crypto adoption according to a September report by Chainanalysis.
0
Solana ecosystem explodes by over 8M daily new NFTs – Will it drive SOL price to $30?
The Solana NFT ecosystem has exploded in activity during 2022 despite a cross-crypto market price slump.
0