The Bank is a turning point in the SIDUS universe! The module will not only allow users to deposit and withdraw $SIDUS, it will also become the center of intergalactic financial transactions and trade relations, uniting all the planets of the metaverse through a single banking network!

But that's not all! Users will be able to open their own bank branches using a special license! Details below.

The Bank module allows you to operate the flow of deposited and withdrawn tokens in the game. For the deposit and withdrawal of tokens, a 2% fee will be charged.

Leaders of the Bank Investor Ratings will be awarded special Banking Licenses, enabling banking processes to exist on other planets. Every planet is a separate game activity, such as Tower Defense, Shooter, Strategy… etc., within the SIDUS ecosystem, having achieved mass adoption. As the SIDUS metaverse scales up, the Bank, together with the limited licenses, will become core economic mechanisms. Within approximately one year, SIDUS HEROES will drastically expand, making it difficult to overestimate the value of these licenses. 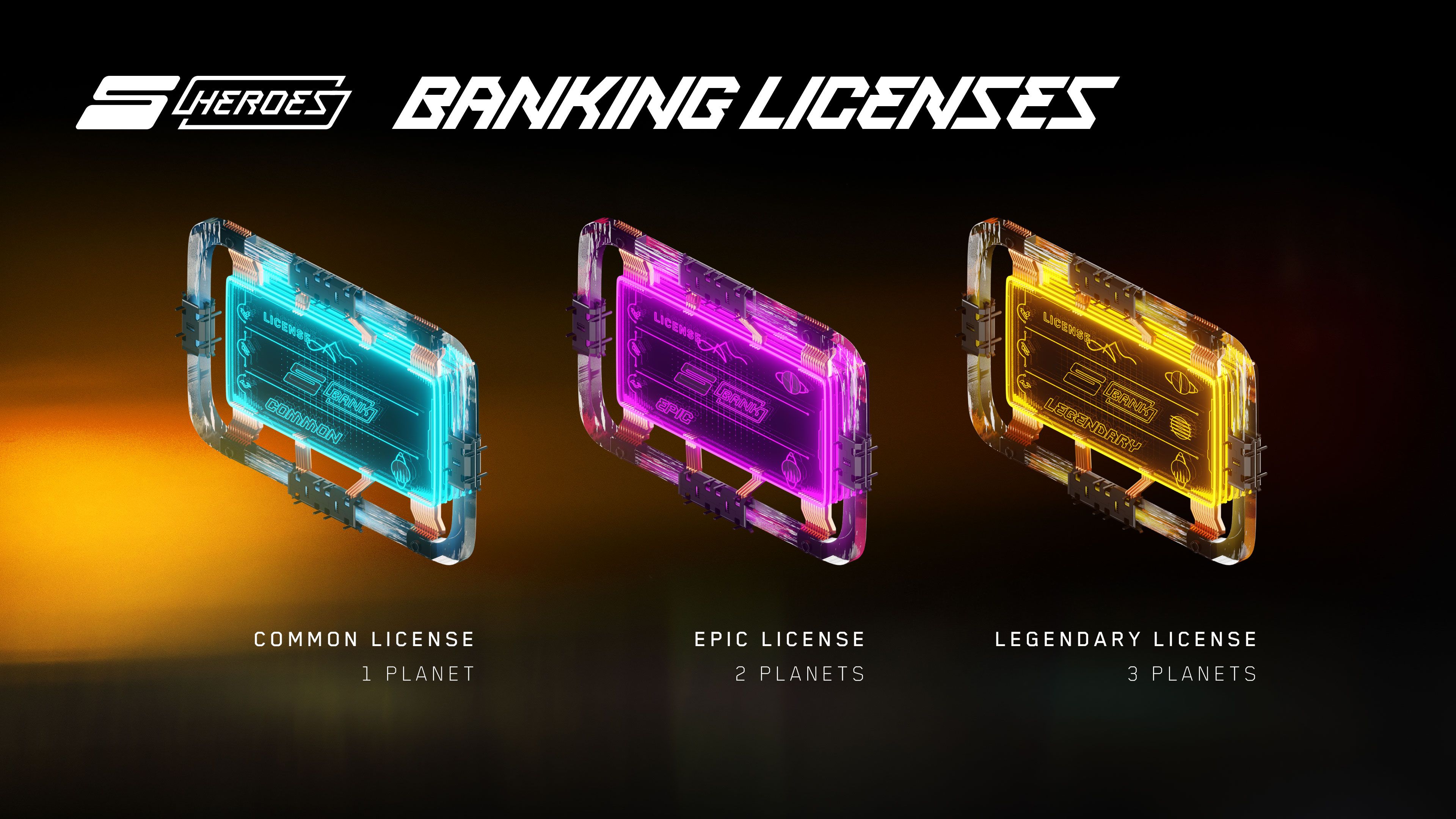 ● A Legendary License allows you to operate on 3 planets

● An Epic License allows you to operate on 2 planets

● A Common License allows you to operate on 1 planet

A total of 30 licenses (6 Legendary, 9 Epic and 15 Common) will be distributed and no more will be issued the next 3 years. 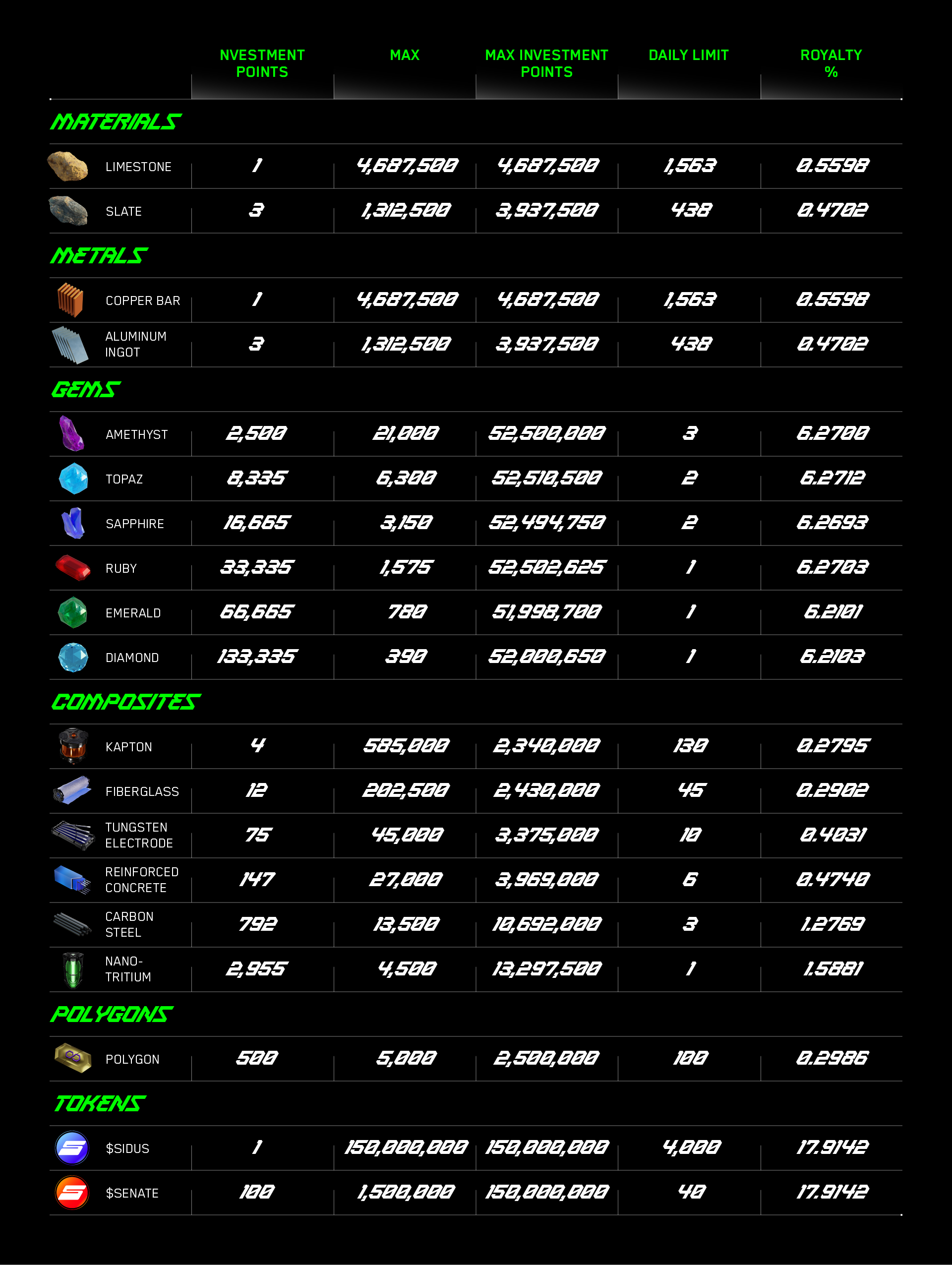 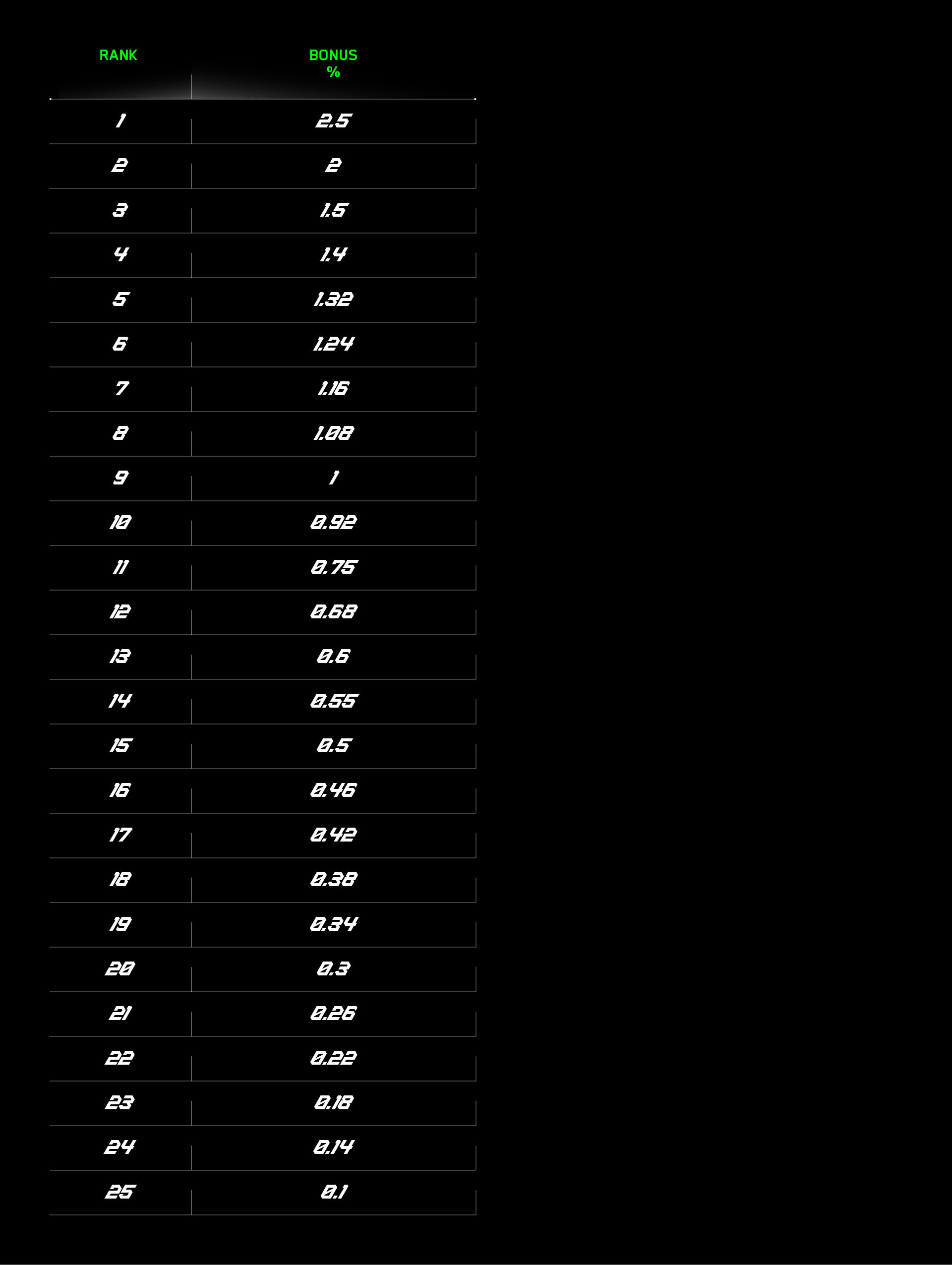 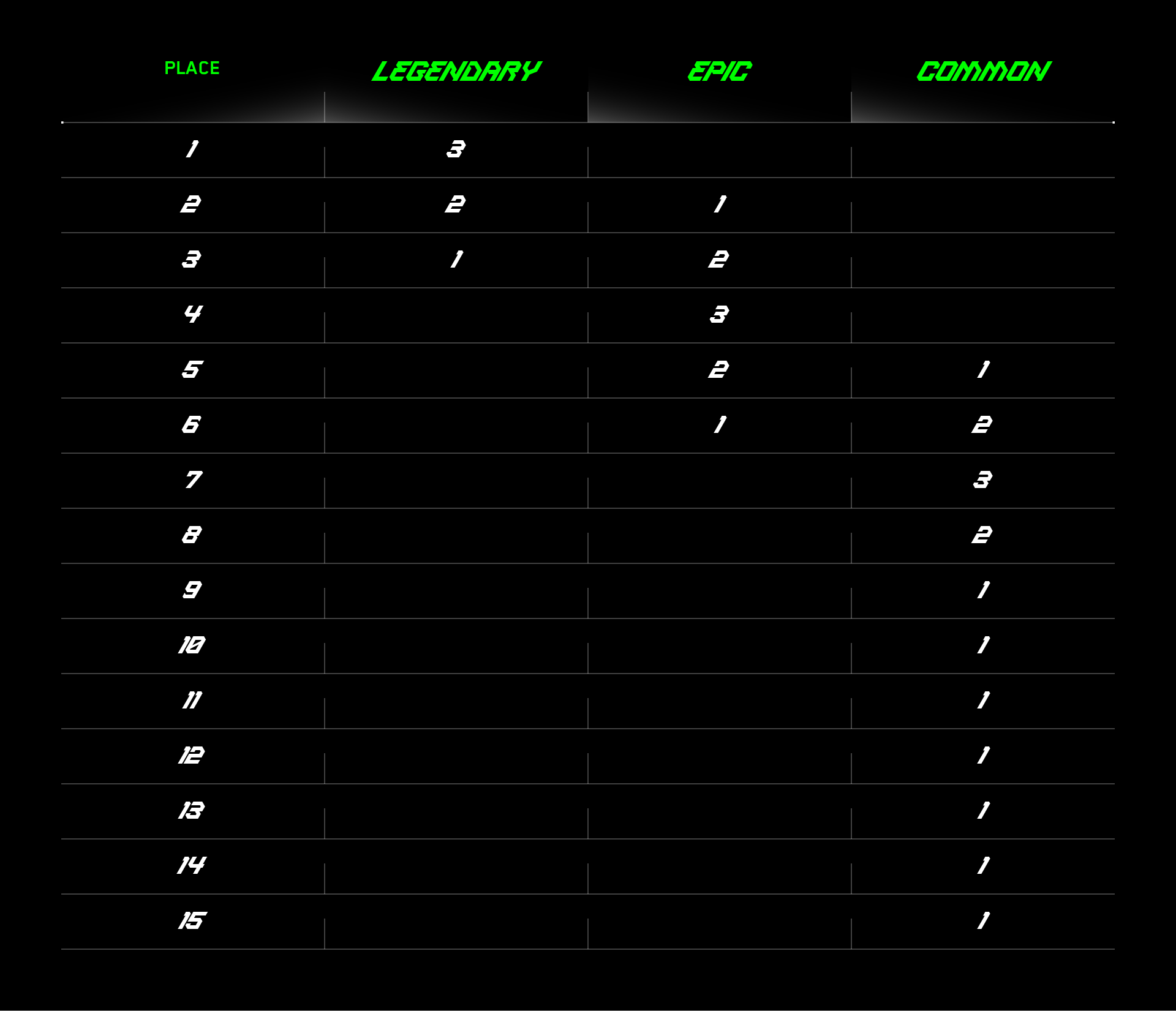 The Hyperprism feature is back

We spent much time and effort on revising the Hyperprism BOSS’ appearance in the game. From now on, its presence will be a perpetual feature that brings cool challenges and rewards. But please keep in mind that as new updates are released inside the game, the rewards for facing Hyperprism and the frequency of its appearance in the game might change. Watch out for these updates and let’s get to know the new BOSS a bit better!

The Hyperprism BOSS appears in standard PvP fights. Players who face Hyperprism in battle do not have to fight with it, they can simply end the battle as usual — when this happens, the winner gets the normal reward for the PvP battle. If players decide to fight Hyperprism and successfully manage to defeat it, they will receive a special reward.

Each player can only defeat Hyperprism once per server day. After the first victory, the BOSS will no longer appear on this day.

Hyperprism has resistance to damage, depending on which arena you find yourself in. Get ready for this event in advance and form your teams wisely! 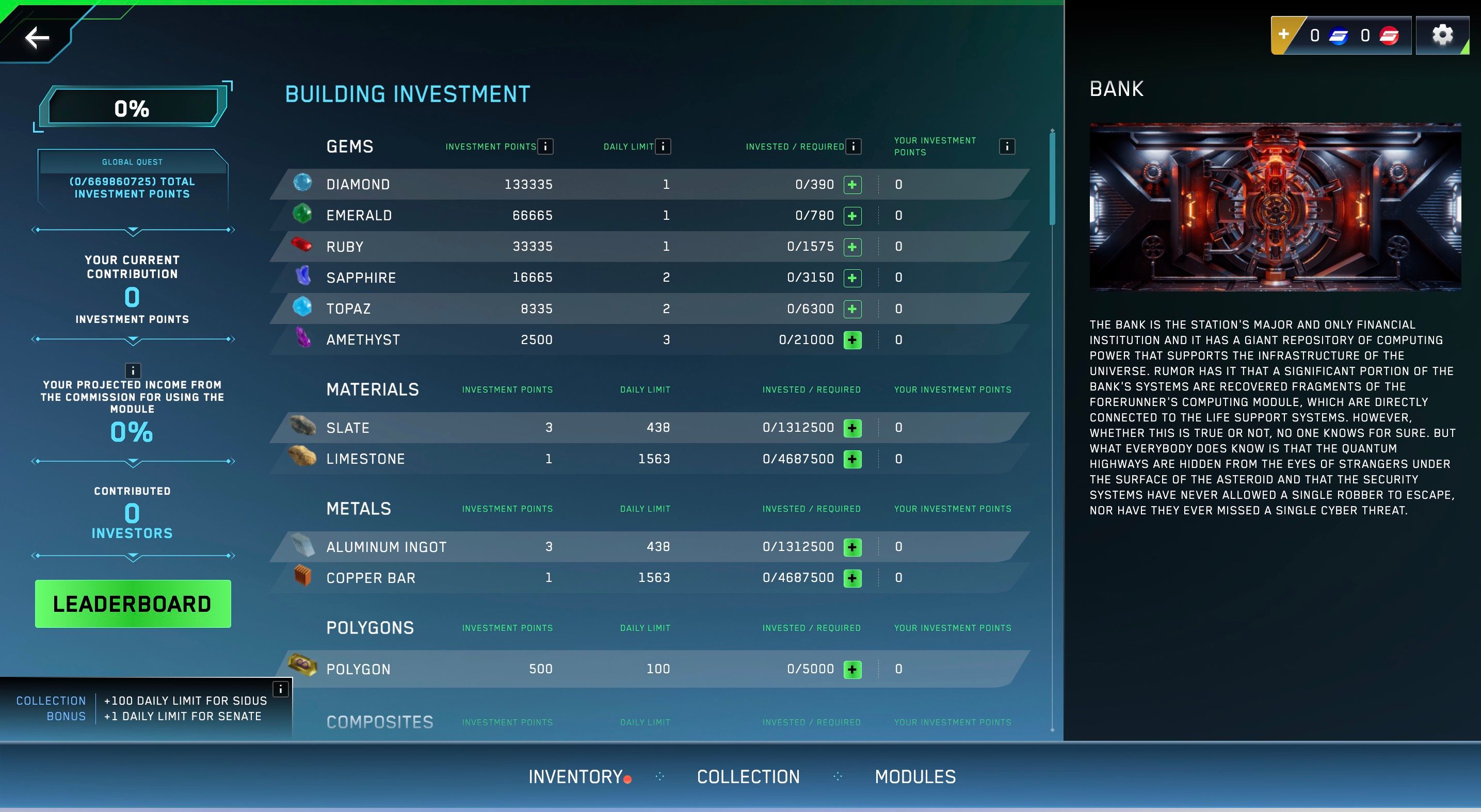 We’ve updated the Module Investment page. You can now see a bright or a muted ‘+’ next to the resource you want to invest. If the ‘+’ is not active, it either means you have already invested the limit or you do not have enough resources.

That’s it for today! Once again, we congratulate you on reaching another big project milestone and making it to the start of the Investment stage for a core module. This is another significant step towards our main goal — a complex metaverse that includes many independent economic structures. It is important that we give our early adopters control over the main centers of this system and to put the reins of this digital world in their hands!

Don’t forget to clear your browser cache to apply these changes to the game. And let’s enjoy the updates together inside the game: https://play.sidusheroes.com/

As always, feel free to give us your feedback!

Good luck in the game! Much love ❤️,

Twitter | Telegram | Instagram
0
Bookmark
0
Like
Related articles
[Sidus] COMMUNITY FAQ. WEEK 34
Whenever you have any questions, contact our support team on whichever channel is most convenient for you.
0
[SIDUS] 5 days left until the end of the AMA Gleam Contest
Win 1 of the 10 Legendary Investment Bots!
0
[Sidus] PATCH NOTE VER.0.2.0 — MAKE NEW HEROES IN THE REPRODUCTION FACILITY!
The new module will radically change the economy of the game and provide new ways to earn money in addition to the Battle Arena!
0
[Sidus] COMMUNITY FAQ. WEEK 33
New items have been added to the Store and the Reproduction Facility is opening within days — so questions are flooding the chats!
0
[Sidus] Team Bonus loot increased by x2 Event prolonged to Sept 1!
500 RT & we make x3 bonus next week!
0
PATCH NOTE VER.0.1.21 — REPRODUCTION CAPSULES GO ON SALE!
Remember that you will not be able to use your Hero while they are in the capsule!
0
SIDUS HEROES is opening up to ALL!
Now even if you don’t have a Hero, you will be able to enter the game and take a look!
0
[SIDUS Heroes] Patch Note ver.0.1.20 — Marketplace Opening!
We know that the SIDUS Marketplace will become the largest metaverse trading platform and those who have invested in this module will become the richest users involved in the project!
0
[SIDUS Heroes] COMMUNITY FAQS. WEEK 31
Make sure to watch and ask your questions live so Dan can answer them and tell you everything about the apartments.
0
New BSC Staking Pools NOW OPEN!
STAKE before the Crypcade Snapshot (8th August, 10AM UTC) and enter a world of spectacular graphics.
0
Discover what matters to you